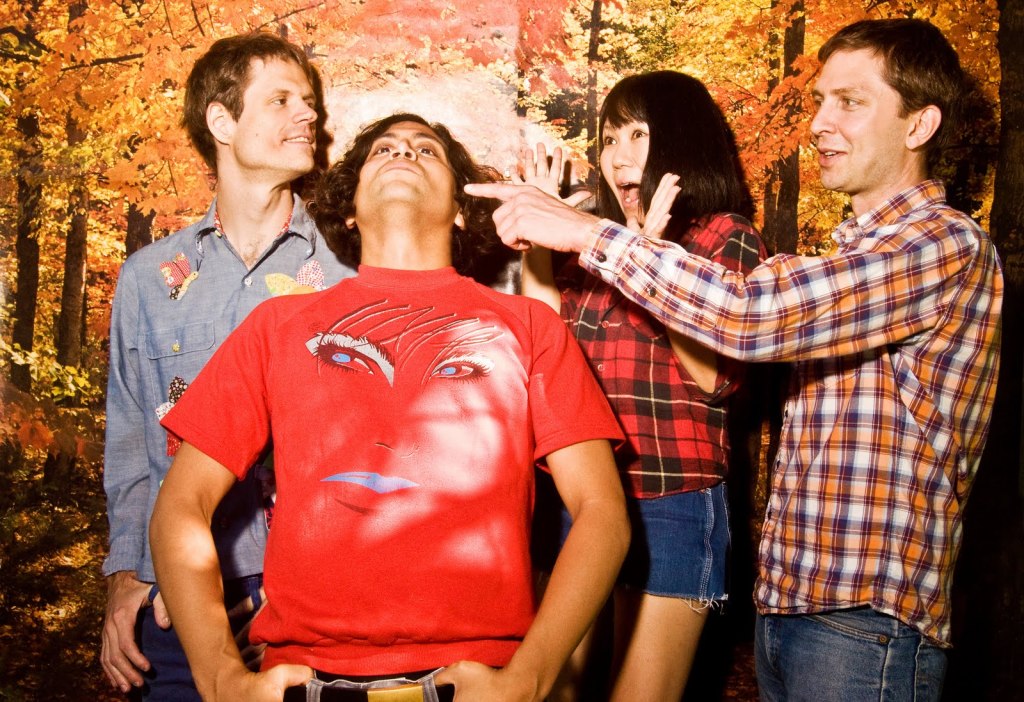 Imagine Speed Racer has just collided with a cargo train full of toxic sludge and candy. Dead and injured are everywhere, fire wrecks the countryside, as a shambling, stumbling figure emerges from the carnage. It’s the entity known as Deerhoof! Candy coated and chaotic, Deerhoof is here to lay waste to your musical comfort zones. They come armed with a 20-year discography, and minds that pump out frenetic, frenzied noise. Basically, you don’t stand a chance.

Started in 1994 as an improvisational drum-and-bass group, Deerhoof has steadily been  producing music since their official debut in 1997. La Isla Bonita makes the group’s 13th album, and shows no sign of slowing down. Every track is an adventure in itself. Each sound is fighting to be heard the most, and the result is a beautiful mess that only Deerhoof could have produced.

Instrumentally, its good to see the band get back to its roots. Greg Saunier, the band’s drummer and only original member, steals the show in more than one track, especially in tracks like “Big House Waltz” and “Black Pitch.” While the snare and bass on this album can be dizzying, use of cowbell and tight-lipped hi-hats brings a cheerier charm where its needed. John Dieterich and Ed Rodriguez play strings, and are just as varied performers as their drummer. In “Mirror Monster,” the softest song on this outing, shimmering, fluttering guitars and a fuzzed-out bass line gently coax the senses to sleep.

An argument could be made that the album is a little safe for Deerhoof, but at 20 years running strong, it’s nice to see the band getting back to basics in an instrumental sense. Its musicality is not the only way in which Deerhoof seeks to keep you uncomfortable. Tunes are dropped and picked up, the time signature is changed, Deerhoof vocalist Satomi will change the language she’s singing in. The final track ends on a whaling squeal on the lead, that’s abruptly cut off as the album concludes. By the end, you’re exhausted and exhilarated.

La Isla Bonita is a patented Deerhoof thrill-ride. While it doesn’t push as hard on the stylistic boundaries as we know they can, it’s got everything you could ask for in a easy to digest 10-track album. Catchy hooks, sparkly melodies, intriguing (if not esoteric) lyrics, and a backbeat from hell. They finish the US leg of their tour in Seattle, hop to Canada, and then Japan for the New Year. No Colorado dates as of yet, but if they head our way, we’ll let you know.