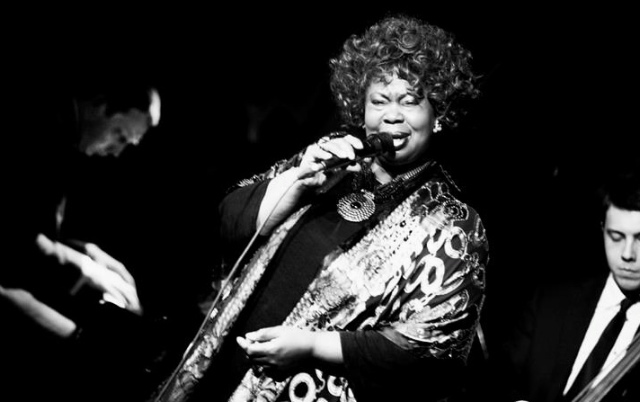 From Kansas City, Missouri to the farthest borders of Indonesia, renowned jazz soul singer Deborah Brown has been establishing footholds in contemporary jazz for over thirty years. Her discography expands 26 albums and as jazz is inevitably a list of collaborations, Brown’s book includes legends such as pianist Monty Alexander, trombonist Slide Hampton, double-bassist Red Mitchell and trumpeter Clark Terry among others. All big names aside, Brown has made her own path in jazz and although her music isn’t as prevalent on American radio, with good reason she doesn’t mind that her talent has a greater influence on the international jazz community.

“During the war jazz really was the music that was forbidden and as a result people loved to listen to it,” Brown stated. “They knew all the names. They knew all the songs. They held jazz musicians in high regards because it was the music that made them feel free. As a result it still has that charm about it, that emotional pull, that I think doesn’t connect with the American audience in the same way that it does with European audiences.”

Brown received a ten year residency while teaching in Holland at a music conservatory during the ‘80s. The opportunity afforded her international presidency. The jazz scene in Europe was abundant with ambitious instrumentalists who were more than willing to work with Brown on her first album Euroboppin. But she was never too far away from American influences.

“I made an album with Slide Hampton which was my first European record. Slide Hampton is just a phenomenal trombonist. I also did a record there in Belgium with James Baldwin (American novelist, social critic and civil rights activist), and that was a phenomenal experience to do original music based on the works of Baldwin. I also made a lot of my own records there and those were with European musicians and American legends.”

Yet the albums shouldn’t be defined by where they were produced as Brown holds true to her home roots incorporating techniques she learned during her maturing jazz career. She builds off elements of Kansas City music where there’s a mixture of Be-Bop jazz and Chicago blues, but her rollercoaster vocal range mixes effortlessly with her scat singing and experimental jazz beats. With a simple passport and a powerful sound, Brown was able to teach, perform and record all over the world, visiting ancient places like Kazakhstan, Georgia and Israel on a tour of cultural music exchange. 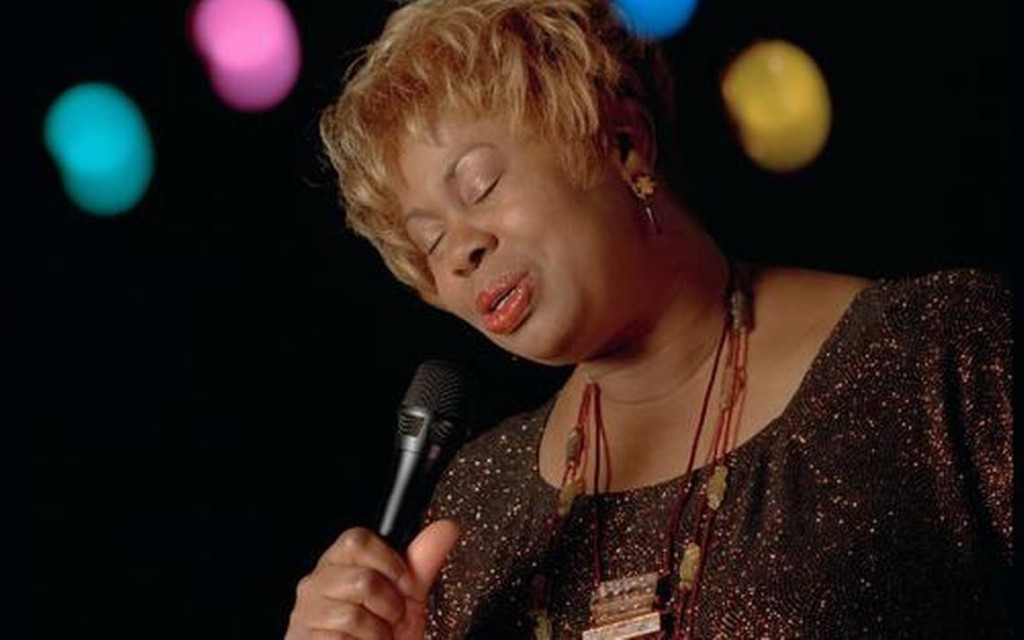 “They say that jazz is an international music. Music unites people, it really does. It’s our common bond.”

The music scene and mobility in Europe seemed more alluring at times, but there was still an illustrious jazz presence in the US, so Brown returned home in the mid ‘90s just in time for the retro-revival of big band swing. She returned to the historically rich culture of home-town jazz where big names like the king of Be-bop Charlie Parker began.

Brown’s music education began with her father’s record player and hearing the confident, lively Charlie Parker through the speakers. From there, it was timing and experience that afforded her a succession of big breaks. She caught the tail end of so many now deceased jazz legends during the ‘70s and ‘80s. Her exposure to jazz in KC allowed her a candid opportunity to see her future in action. She jumped in to the music scene after only two years studying classical music at the University of Kansas City. She culminated a “street degree” familiarizing herself with the jazz standards and learning to scat sing while mimicking records.

“I was able to get to a point where I could work with them and feel what it was like to be with a jazz legend. Playing with people like Horace Parlan, who’s a pianist for Charles Mingus or Ed Thigpen who was a drummer with Ella Fitzgerald. The famous Oscar Peterson Trio or people like Red Mitchell who used to play with Billie Holiday, those kinds of people I was able to play with, Clark Terry even. I came in as kind of the new kid on the block.”

The new kid on the block became confident vocalist as she branded herself with legends on the album Jazz 4 Jazz featuring Parlan, Mitchell, and Thigpen. Of her most recent work, the album Ivie Anderson catches the attention of fans who know her foundational idols to be more instrumentalists than vocalist. With idols like Charlie Parker, Fish Page, and Benny Bailey why a tribute album to the famous vocalist? What started as a reconstruction of Duke Ellington’s principal singer, turned into an unexpected nostalgic play of Brown’s childhood.

“That music brought back a lot of memories for me, because of my father who listened to a lot of that kind of music. All God’s Chillun was one of the records that my father played at every party and family gathering that we ever had (laughs). I never knew what that music was until I did that record in 2012 (laughs) isn’t that weird?” 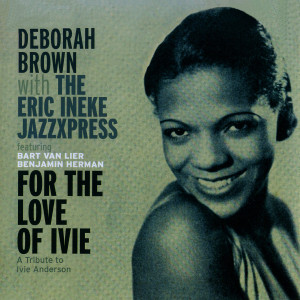 The industry has afforded Brown a very humble perspective on producing music as a jazz singer. With the vast amount of jazz music and no principal media to guide fans in the right direction, the albums become wholly for the fans and not for the bank.

“Putting out a record today is for the love of your fans and for the love of music and a calling card. An expensive calling card (laughs), because the radio stations, until we get like country western radio stations and develop the relationship they have with the artist, than jazz is doomed (laughs)…because the radio people are so democratic. Bless their hearts, they’re so democratic that they’ll play everybody’s record once and so no one has a point of reference and nobody knows what to find when they go to jazz show and they get confused. Then they decide that they’re just going to buy a country western album instead (laughs).”