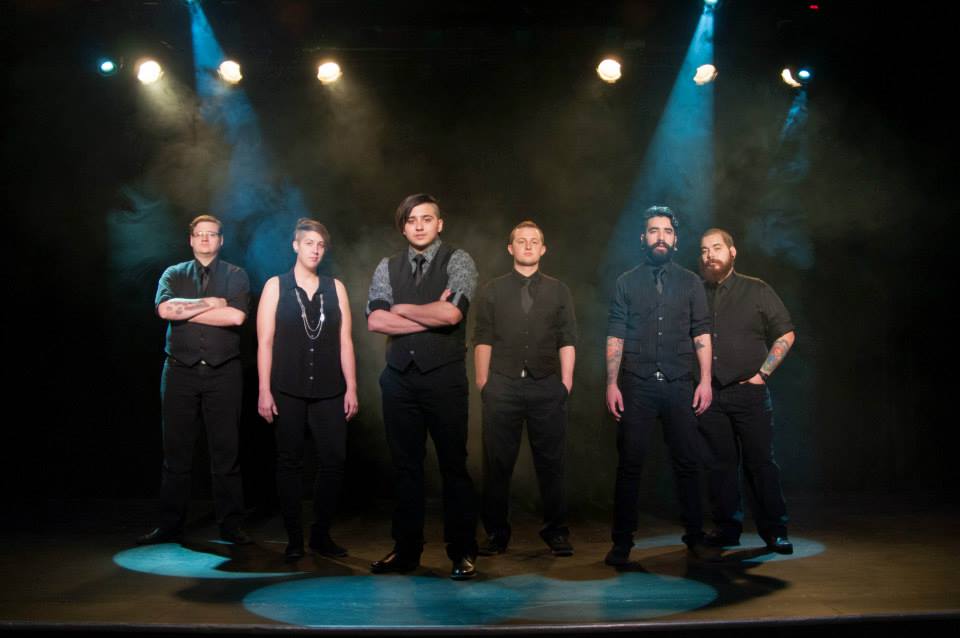 “We’re just a band of misfits,” said Alex Vilanova from Hypnotic Vibes. “But we all came together for music’s sake and found out holy crap (we’ve) got a ton in common.”

At first glance it’s easy to see what Vilanova is pointing out. They are six distinct characters that don’t initially seem to match one another. A juggler, a poet, a bilinguist, a mechanical mind, a beat-boxer, and a Rubik’s cube master, are all musicians with a singular vision: to play good music. And that vision won this funkadelic reggae band the 2014 BandWagon Magazine Battle of the Bands.

The band got their start as an acoustic group made up by Joe Solano (lead vocalist/guitar) and Stefan Lopez (lead guitarist/vocalist). The two felt their music was missing something and in the search of that missing sound they found their drummer Mario Alvarado, bassist AJ Garner, trombonist Sterling Swanson, as well as Vilanova playing the trumpet.

“My whole world opened up when I met Mario, Sterling and Alex because they’re a part of a music world that is so foreign to mine,” Lopez said referring to their backgrounds in classical music. “I know how to speak music but I can’t read or write it. That’s something that’s unique about them. They can speak to each other in this music language through different modes.”

Were the six musicians surprised to win Battle of the Bands?

“Mostly relieved,” Garner said. “Because we had been practicing a lot, pretty much every day leading up to it so it was just like (sighs),” he furthered expressed, “Stair Child is insane as far as musicianship goes… I was kind of worried about them going in, you know, because those dudes shred.”

Among the finalists, Shatterproof and Electric Stair Child, Hypnotic Vibes won the crowd vote by a landslide. The 100 plus votes for the band ensured their confidence in the positive philosophy of their music. Their credo of loving life and living music is something the band doesn’t want to forget as they consider societal pressures to find a career.

“To me, I want this to be my job and to wake up every day and that’s my job,” Solano said. “To write my music with friends, strum guitars, laugh (pauses) and do photo shoots,” the band was thoroughly entertained by their first photoshoot opportunity with BandWagon staff.

The band’s exuberance and quirky personalities, makes their live performances energetic and listeners don’t fight moving along. It’s a job to make music, but being serious about creating music doesn’t mean you have to be a stiff on stage. Their ability to have fun and connect with the audience is based partially on letting the notes take the lead.

“It really feels like when I play it’s from, you know it’s kind of cheesy, but it really does come from inside of me,” Alvarado said. “It feels like I can express things in music that I can’t with my words.”

Lyrically the songs are written by Solano and Lopez, but the full orchestration of the song is built by the impact of each member and their musical backgrounds. The undeniable positivity in their lyrics can be attributed to the encouragement from their parents and friends.

“The lyrics I write are often words of self-encouragement,” Solano said. “I would love to see people do what their heart tells them versus following what society says you have to do.” 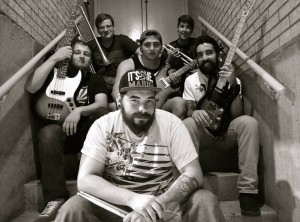 I asked if Hypnotic Vibes felt their roots in reggae constituted an obligation to political activism.

“Some of our biggest inspirations are deeply rooted in political activism, but most of all, free thinking,” Lopez said. “We want to convince individuals to think for themselves. Political activism is unavoidable when we live in a society of race, gender, ethnicity, and sex. We all assign ourselves to different groups and when those groups interact, we have politics.”

This same prospect of individualism exposes itself in their attitudes on music and drugs. Two concepts that have echoed one another since rock n’ roll became a social currency among America’s youth.

“Often times people experience and are influenced by alcohol and drug culture whether or not the band promotes the use of any sort of substance,” Lopez said. “I think what people do and which kinds of people you draw you’ll never really be able to control. Although, you can always control your music and how you present it, and the side effects come naturally.”

“I think the greatest I’ve ever felt playing music,” Vilanova commented, “has been when I’m stone cold sober. You connect so much more when you’re out there with a clear mind and a clear head. You just focus on the music and have a great time.”

The band has mixed perspectives on the time and place for indulging in booze or drugs. No matter their own choices to engage or not in the culture, they emphasized they’re not forcing the idea on others. Just pushing for their music to take off.
Their songs are polished and ready for a studio recording. Money is the biggest obstacle but the bands long term goals include traveling outside of Colorado borders to find a producer that will help them create their breakout album. With the help of a generous sponsor, Thom Cook, they’ll be releasing their first single on BandWagon Records. We can expect a music video to follow. The single will be the first recording of the full band and very different than recordings from the initial two members.

“We all just have our own influences,” Solano said. “A lot of the songs I’ve written are pure roots reggae then it comes to Stefan and I, where he’s throwing in more metal stuff. It goes to Sterling and it’s more ska, than it goes to Mario and so on. It takes this crazy path that in the end it just makes me think, shit, there’s no way I could do this on my own. This music, would be nothing, if it was just me, or even if it was just me or Stefan.”

Their music balances in a genre the band can’t put a simple name to. Trombonist Swanson, is a clear example of this varying dynamic as he’s known for grabbing the mic in between songs on stage and entertaining the crowd with his beat-box skills. It’s simply feel good music he says.

“From song to song there’s a different feel… It’s kind of hard to classify between each song, which is why we have such a hard time saying that we are this, this, and this. Which is probably a good thing because we want to be unique. We want to show everybody that we’re not like anybody else.”

But they’re fine without being tied down by a label. It allows them to play as they go, making it up as they generate new inspiration. They want their music to speak for itself.

“If you could picture music as an entity itself,” Lopez said, “It’s moving forward no matter what. It is moving on no matter what and we just want to follow it.”

Their new single “Stop Then Go” dropped this week. Check it out on their page or YouTube 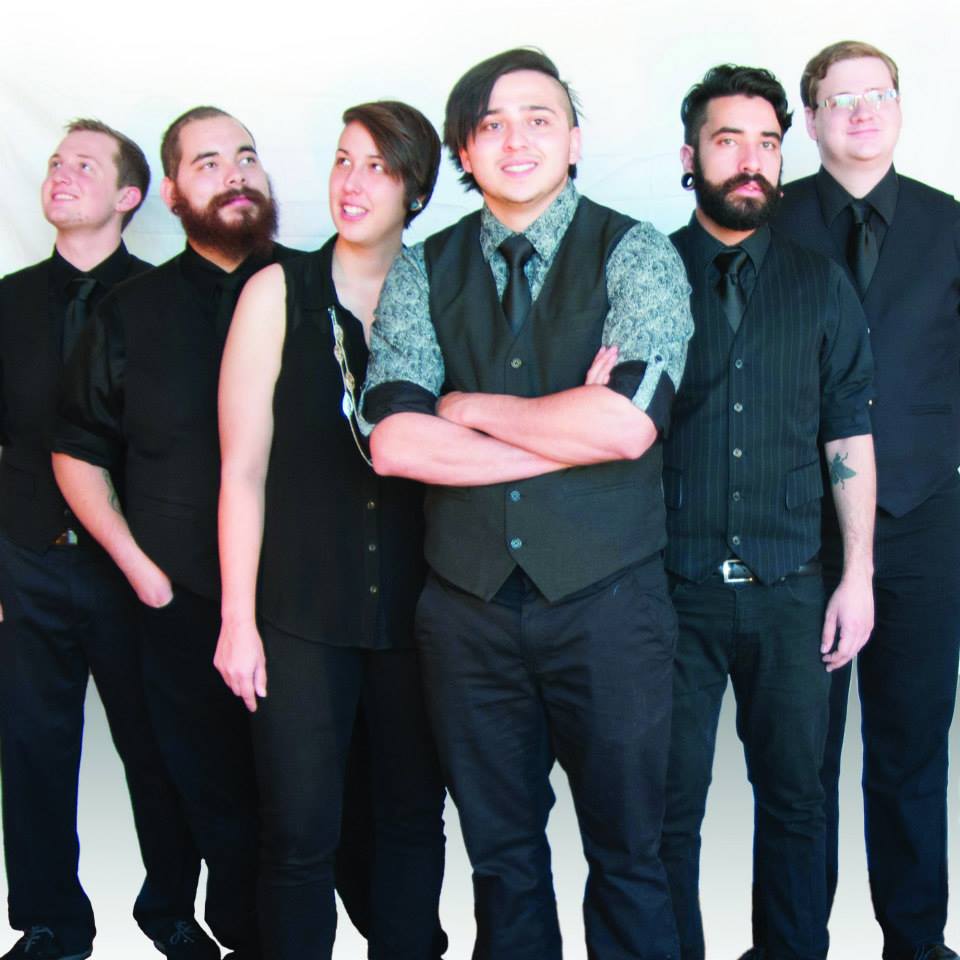