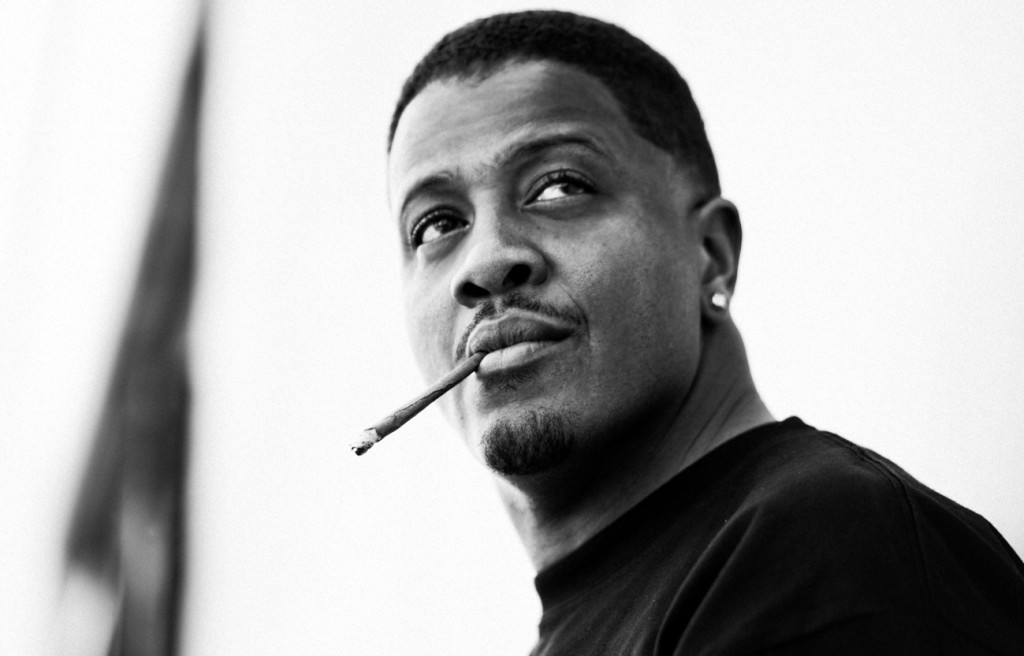 “If you can make a difference in one person’s life then you’ve done your job,” Chali 2na (real name Charles Stewart) says. “That’s one of the reasons I really love music. I have the abnormal ability and chance to affect more than one person’s life at one point or another. It’s just amazing.”

As the baritone voice of Jurassic 5 (J5), Chali 2na has been lending monumental contributions to hip-hop culture since he emerged from Los Angeles’ Good Life Cafe scene in the early ‘90s. Originally part of the Unity Committee (with Cut Chemist and Mark 7even), Chali 2na formed J5 after merging with The Rebels of Rhythm (with Akil and Soup) in 1993. After J5’s self-titled debut dropped in 1998, the group followed up with 2000’s critically acclaimed sophomore effort, Quality Control. On the track “Contribution,” Chali 2na spits: “The most that you can spend on any child is time.” It’s a philosophy he took to heart and carried into his family dynamic. Growing up on the Southside of Chicago, the now 43-year-old artist was lacking a strong male role model in his life.

“I grew up in dark circumstances,” Chali says. “I grew up in impoverished conditions; in the ghettos on the Southside of Chicago. The crack dealer and the gang banger on the corner were my heroes and mentors simply because there were no strong male figures in my life. So I said to myself if I ever had a child, I would show him the righteous way to go. I said to myself I am going to try to be that child’s role model; bigger than anything outside of the family structure. I’ve always tried to be the best man that I can be; the best brother, husband, friend, whatever it is that I am, I’ve always tried to be the best at it so when he looks to find a good example that he needs in his life, he can look to his father. I feel that I’ve succeeded. My son has turned out to be a very incredible person. I feel so blessed to be able to say I’m his dad.”

A devout Muslim, Chali’s faith keeps him grounded, especially in the music industry where it’s easy to wander onto a destructive path. His beliefs are evident in a lot of his music. On 2009’s Fish Outta Water, for example, he talks about his upbringing, family and faith in a refreshingly truthful manner, especially on the track “Righteous Ways.”

“The only things I know are the things I’ve experienced,” he says. “That’s kind of how I’ve been taught. It’s one of those things where I can only speak of things that I know or the things that I’ve gone through. I’m just hoping what I’ve learned from those experiences I’m able to teach the next person by sharing those experiences. That’s probably the honesty that you hear and I’m glad that you can hear it like that.”

While Chali continues to nurture his solo career and family, he also remains heavily focused on his art, which includes photography and painting. He’s “been a painter as long as he can remember” and in fact, painting graffiti is what led him to hip-hop.

“Photography is just an extension of my painting because, first and foremost, I’m a painter,” he says. “That’s where it all comes from. I’ve always been some kind of illustrator. I’ve tried to copy comic books and draw portraits of people. It’s something that I’ve always been into and something I’ve always loved.

“My love for the visual arts is what introduced me to hip-hop,” he continues. “It got me into painting pictures with words and eventually it gave me this job that I have today [laughs]. Photography is something that I’ve been doing even back when you still had to develop your film. I’m an old man and have been touring since those days. It feels so good to have cameras today that are so instant now. We’ve been taking Instagram type shots since back in the day. If Instagram was around back then, it would be hilarious to see those pictures today. I credit DJ Babu, Evidence and Everlast, and all of the people that were into it back then. They got me into it. It’s a form of painting for me. I’m able to square pictures up and see it for what it is. I’m able to do that with a paint brush and a canvas, too.”

After a string of extremely lucrative J5 reunion shows, including one at Red Rocks last January and another in Denver on July 14, 2014, Chali is currently focused on his Against the Grain EP series, which has five installments. The third one, Bloodshot Fisheye, is up next. He’s also on the road with Canadian funk band, the Funk Hunters and makes a stop in Fort Collins February 21 at Hodi’s Half Note.

“I had no idea Funk Hunters existed until they took my record and remixed it,” he admits. “We then did the song “Do This For You.” I’m happy that people are taking to that song and giving it a new light. I never thought something like that would happen to a record of mine.They have a fun show. When you love what you do, people will pick up on that. It seems like they’re really having fun and they’re getting a lot of shows. I’m just grateful to be a part of that.”