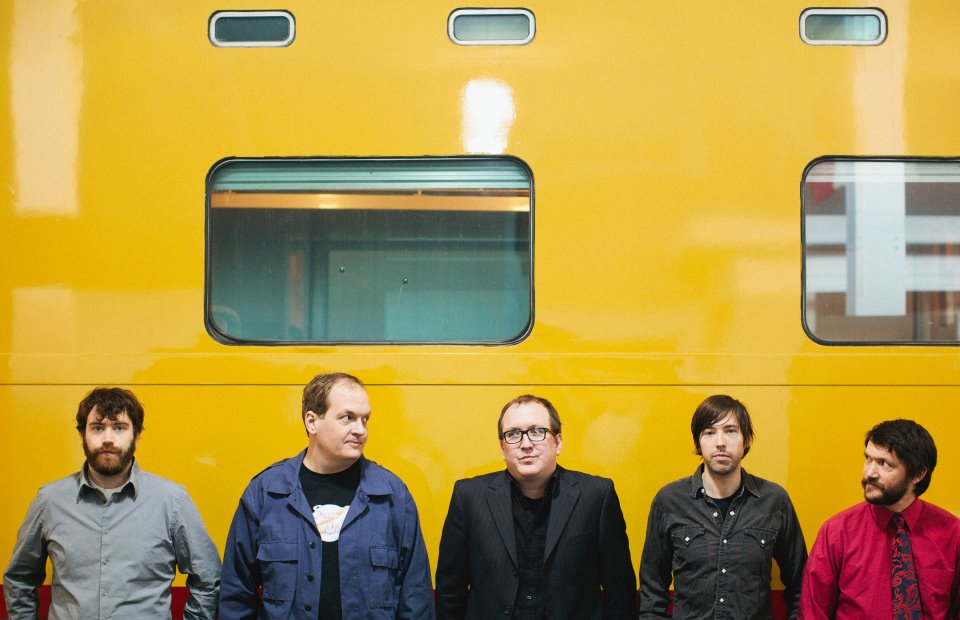 Go ahead. Say all you want about Omaha, Nebraska. Say it’s a farm town. Say the only thing people care about out there is Omaha Steaks and Husker football. Now let’s talk about how you’re wrong. Omaha has turned out some incredible musical acts over the past 20 years, including Cursive, The Faint, and Bright Eyes.

Consequently, it has some of the best music venues in the country; from mid size venues like The Waiting Room, bigger spots like Slowdown and more intimate platforms like Reverb Lounge. However, for many locals, their musical education started at tiny underground venues such as The Cog Factory, Kilgore’s and Sokol Underground in the 1990s. Since then, Omaha has basked in the national spotlight and is finally known for something other than, well, beef.

Cursive was instrumental in the transition from hillbilly status to indie rock capital. Vocalist and guitarist Tim Kasher has been at the helm since 1995 when he got together with bassist Matt Maginn, guitarist Ted Stevens, guitarist Steve Pedersen, and drummer Clint Schnase. While Schnase and Stevens eventually left, the remaining trio forged ahead. Cursive picked up steam with the 2000 release of Domestica, which they followed up with 2001’s Burst and Bloom EP, 2002’s 8 Teeth to Eat You, and 2003’s The Ugly Organ. The Ugly Organ would prove to be the group’s breakout record, earning accolades from Rolling Stone and Entertainment Weekly. There are several tracks on the album where the use of the cello is abundantly clear and contributes a powerful element to already electric songs. Thankfully, as Cursive gets ready to reissue The Ugly Organ and head out on tour in support of the record, the group has decided to reintroduce the cello at each show.

“We’re not really touring for a new batch of songs,” Kasher says. “We don’t have a new album or anything. Since it’s just the reissue that’s coming out, it seemed appropriate since we’re only playing songs from that era. We thought we should probably get a cellist.”

During the 2003 tour for The Ugly Organ, Kasher was taking the meaning of “tortured artist” to a new level. At the time, he was admittedly depressed. In fact, he thought The Ugly Organ was as subpar as an album could get.

“I think a lot of musicians can go through feeling unsure about how something turns out,” he says. “I can go through extreme ups and downs. I can have some real elation and other times I don’t feel as good about it. People get the impression that we were so stoked about that record because it did so well. But it’s really just like any other record. You’re not always sure about it. Listening to it now after all these years, it’s nice.”

Nice is an understatement. From beginning to end, The Ugly Organ swells with a raw creative energy Cursive manages to deliver on every track. Kasher was happy to hear about the instant nostalgia the record retains for so many people.

“That makes me feel good,” he says. “I was working on a setlist for the tour the other day and it’s kind of comforting to look at The Ugly Organ tracklisting. Most all of these songs are songs people are stoked to hear.” 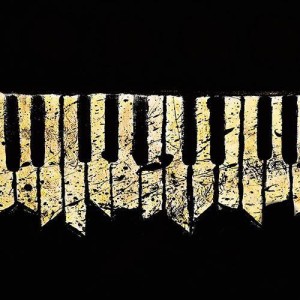 The third track on the album,“Art Is Hard,” was one of the standout singles. It’s been a bit misunderstood over the years; people routinely think the lyrics are meant as encouragement to ‘keep trying kids, yeah, art is hard.’ In actuality, it was a sarcastic lament about being an artist. Kasher, always the gentleman, doesn’t correct them. “I guess people can take it how they want,” he says with a chuckle. Early on, Cursive was slapped with the “emo” label, which is clearly more bothersome to Kasher than the misinterpretation of a song.

“What bothered me about the emo tag back in the day is that the net that was cast was so wide,” he says. “It sounded absurd, but It seemed no more or less absurd than any genre tag. That’s how genres work I guess. What was frustrating about the emo tag is it’s also derogatory. There’s only a small group of misunderstood people who actually embrace the word. Most people were just like, oh it’s derogatory term’ so it was like ‘oh well thanks for nothing, for casting us into this [laughs].’

“To be fair, what Cursive was playing back then and maybe even today, it was in a broader sense,” he adds. “What bothered me a lot more was that they were calling us Bright Eyes. At that point, Conor [Oberst] was just doing folk-rock, for lack of a better term, and that’s just how large of a net that was cast. It was a huge umbrella.”

Cursive released four more albums after The Ugly Organ. In between, Kasher has reveled in a commendable solo career. His most recent album, 2014’s Adult Film, turned out a handful of brilliant singles and finds Kasher reflecting on love, domestication and the dissolution of a relationship. Each song, once again, shines a spotlight on Kasher’s incredible songwriting skills.

“Mostly when I write for the different projects, I’m thinking a lot about who I’m playing with so that definitely shapes how the music is going to turn out,” he explains. “My specific audience is the band members who will be playing these songs with me. I probably don’t even feel comfortable going into the guidelines that need to be met to be a Cursive song, a Good Life song or a solo song, but just because I don’t really want to have guidelines. At the same time, I think there are certain boundaries I don’t want to cross when I’m working on certain records. That’s probably an unhealthy way to write.”

Kasher is clearly doing something right. As Cursive celebrates 20 years as a band, there’s a sense he’s bewildered by the fact he’s still playing music for a living.

“Maybe I could suggest that The Ugly Organ is a big landmark, like a milestone of growing up as a writer a little bit,” he says. “I was young and every record I wrote garnered a little more success. Everything kept getting bigger and bigger. Then you hit one and it becomes more resonate. You are still kind of used to ‘oh this is great and this is wild, but it’s not always going to be true.’ There’s a point where you’re going to hit a pinnacle and that’s totally normal. I’ve been afforded luxury to keep doing records that hit people in a certain way.

“To be doing this myself and to see how many of my friends are still doing it is insane,” he adds. “It’s 2015 and we’re basically living in the future. It’s great. It’s the longest of longshots for anybody to sustain doing something as a creative endeavor.”