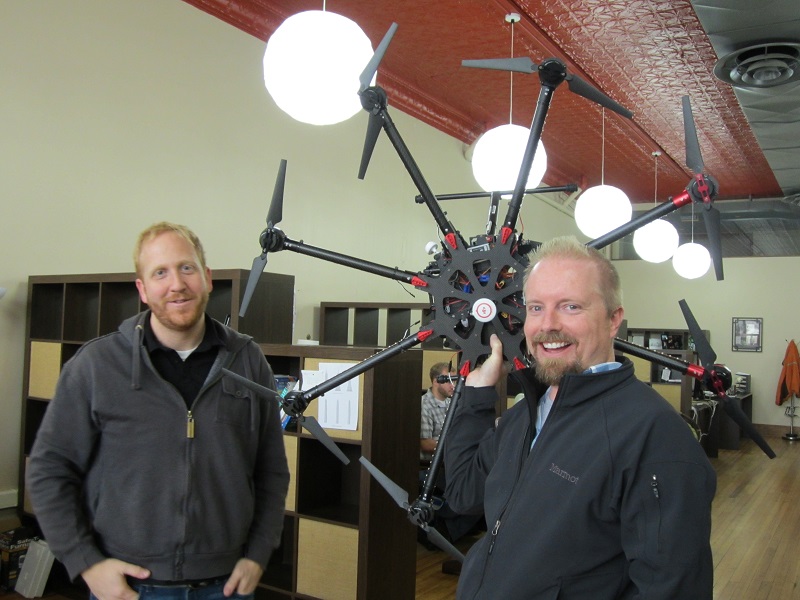 Drone technology has become a hot button issue in American society and by and large represents the coming age of the robotics industry. As the technology becomes more affordable, its commercial uses begin to look more and more practical. Now, many companies find themselves fighting through red tape for a chance to bring their services to the public.

In the basement of the Macy Jones Collective in Greeley, Colorado is Cloudgate Aerial Cinematography, is one such company. Cloudgate Aerial Cinematography specializes in video production using Unmanned Aircraft Systems (UAVs) more commonly known as drones. Blayne Chastain, 39, and Phil Van Drunen, 31, started the company around April 2013 and have worked on their own film projects along with a commercial for the “Greeley Unexpected” campaign. But, due to issues within the Federal Aviation Administration, the two now find themselves waiting for a solution to legal problems that have grounded other aerial photography companies in the United States.

The pair got notoriety nationally when they got an opportunity to film international ski teams practice at Loveland Ski Area, training to go to the Sochi Olympics.

“It’s that early in the season,” Van Drunen said, “The only people allowed on the mountain are people who are training and at that time I believe they were training for the Winter Olympics. All the national teams were out there.” 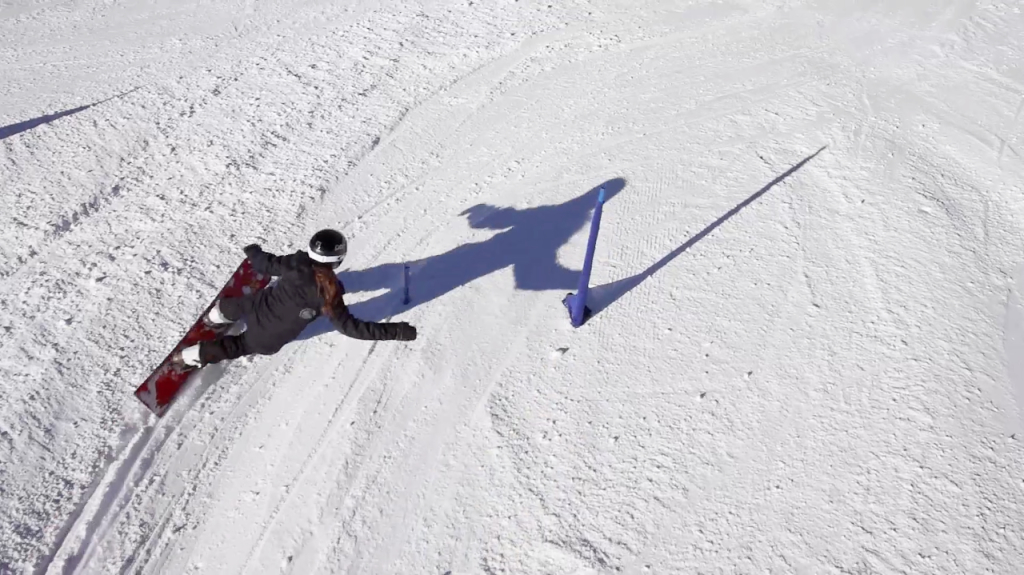 Their footage managed to get 25,000 views online in a couple days, was featured on skiracing.com, and even caught the eye of The New York Times’ Sports Editor, but it also uncovered some FAA restrictions that limited their ability to operate and film from their Multirotor aircraft.

“The sports editor called me and said, ‘hey, you guys are doing some amazing stuff, we’d loved to work with you,’” Chastain said. “That day I spoke with the New York Times in New York and then also somebody out of their office in San Francisco called me, who deals with their multimedia department; they do their online stories and stuff like that. They called me and said, ‘yeah, we’d like to line you guys up with a pro skier and do a story.’ And then about a week or two later, they were like, ‘well, the idea’s stalled because our legal team doesn’t know what to do with it because of the FAA issues.”

Chastain said the issue was the idea that they couldn’t fly commercially. Van Drunen explained this further, saying it’s due to a memo passed around by the FAA years, even decades, ago.

“This memo went out that basically said, for hobbyists, we’re not going to touch you guys, but here are some guidelines that we need you to operate under,” he said. “So enthusiasts and commercial operators of these [Unmanned Aircraft Systems], UAVs, Drones have been operating under this same assumption. ‘This is a hobby thing. We’re flying under 400 feet, well stick to the suggestion of the FAA to operate, and we’re going to be fine.’”

As UAVs have become more common, the FAA Modernization And Reform Act of 2012 came out at the federal level, charging the FAA to create regulations that accommodate for UAVs. And the FAA has dragged their feet implementing new regulation.

As described by Van Drunen, a regulatory interpretation of the rules put out by the FAA says, as a hobbyist, one can fly all day long, but the moment one goes commercial, they’ll be treated as a full-scale aircraft. Meaning that the meter-wide, radio controlled octo-copters Van Drunen and Chastain use for photography would be treated as real, full-size helicopters and planes. This resulted in a couple of major companies shutting down their operations in the United States for a short time. Chastain said it was like trying to put a square peg in a round hole.

In Hollywood, six companies hired an attorney and another person to help craft their own rules and present them to the FAA get exemptions from some of the standards held to full-sized helicopters, the big reason being meter-wide drones are much safer to operate. And while they did receive some exemptions, they are still required to have a pilot licence to operate commercially. Van Duren later clarified in an email that exemptions have not been granted allowing non-pilots to operate a drone, so even if you are granted exemptions under Section 333 of the Modernization Act, one would still need a pilot’s license. Cloudgate could apply for an exemption from the pilot licence requirement but Van Drunen says that it is highly unlikely the FAA would grant this kind of request.

“I think what’s most evident to me is that it’s very confusing for everybody who’s involved here,” Van Drunen said. “You’ve got a lot of hobbyists who want to be involved in it and there’s so much misinformation and so many legal opinions that are just kind of out there. A lot of the people that I run into, they just don’t have all of this information and so they are confused.”