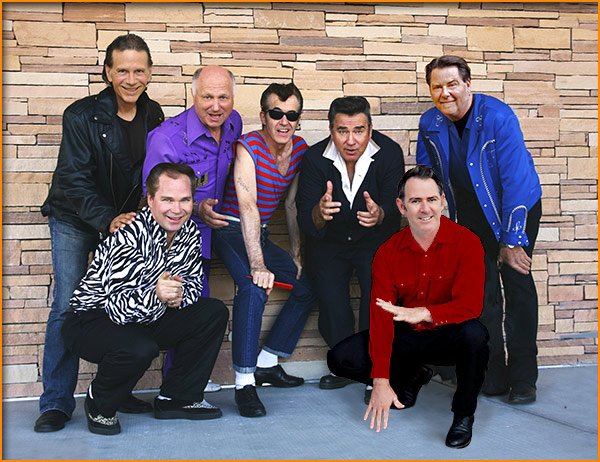 Sha Na Na, the doo-wop band who began their successful career in the 1969  performance of Woodstock, is touring through Northern Colorado for the 1st Annual Rocky Mountain Rock n’ Roll Sing-Along Festival 45 years after their magical beginning.

The band started as an a cappella group at Columbia University. In the summer of ‘69 they decided to give the competitive musical scene of New York a shot. It was only their 8th musical gig when they impressed their peers at a downtown nightclub and landed the biggest live performance of their career.

Jocko Marcellino, one of the singers and songwriters of the group, shared the memory. “Jimi Hendrix came down to a nightclub and saw us. Then he got the promoters of Woodstock down, so we’re very grateful to Jimi Hendrix. That night we were booked, we were booked for Woodstock.”

Marcellino and the young college group were assigned to play for the festival in Bethel, New York. They waited all weekend, through the rain with patience as bigger names in music kept showing up and taking their place on the lineup ahead of them.

“They said ‘Jimi we’re going to put you on to close the festival’ and Hendrix said, ‘Well that isn’t fair for these other acts that hung around,’ there were 3-4 that hadn’t played. So we finally went on second to last before Jimi Hendrix as the sun came up on Monday morning.” 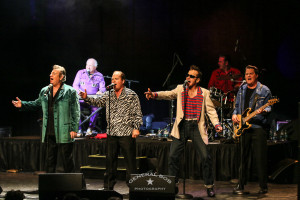 Playing in front of 50,000 people for the start of their career was more than any band could ask for. But their media projects had only begun when Woodstock the musical documentary chose their band for a 90 second clip in the film.

“We were definitely fish out of water,” Marcellino said in reference to their sound against the trending music at the time. “But we were so entertaining, especially for that median, they left us in (the documentary). We were getting standing ovations in theaters. So it was pretty extraordinary stuff.”

The band managed to begin a musical revival of ‘50s Rock that at the time was still recent history. Growing up through the beginning of Rock n’ Roll in the ‘50s they were able to maintain the importance of where it all started.

“We were the neoclassicists, playing the roots of Rock ‘n Roll which everybody knew and loved.”

After the documentary they had an opportunity to create 97 episodes of the ShaNa Na TV Show that went on to air for eight years including worldwide syndication, sometimes five nights a week, for what Marcellino said was better than a hit record.

The show was compiled of musical skits and guest starred names like Ethel Merman and James Brown. The publicity made the band a household name but their role in Grease is what holds their identity among the public today.

Grease was first released in 1978 making over eight million in sales its first weekend, two million over their estimated budget. The romantic musical stars John Travolta and Olivia Newton-John, two unlikely high school lovers. Since ‘78 the film has been made in to a Broadway musical and re-released for a 20th and 30th anniversary. The success of the film lead to a sequel in the ‘80s and multiple spin-offs since then.

The band was asked to play Johnny Casino and the Gamblers in Grease. They did six songs on the soundtrack to the musical including their cover of “Hound Dog” and “Sandy” which was co-written but Screamin’ Scott Simon, keyboardist for the band. Grease is the highest grossing box office musical of all time and Sha Na Na keeps that tradition alive in their tour.

Coming from the Hollywood bowl, an outdoor amphitheater in Southern California, Sha Na Na spoke about the fans that have followed their music and attend their shows as they perform before the sing-along showings of Grease.

“You should just see. I mean around my age we used to go to the Rocky Horror Picture Show, the midnight shows and get dressed up, but these kids come to the shows dressed up, all ages with the poodle skirts, with the leather jackets. They put rollers in their hair and sing Beauty School Dropout. It’s an amazing piece of film and media that has just lasted forever.” 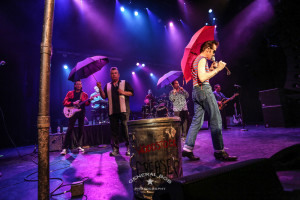 Marcellino says it’s really a celebration of Grease. The concert tour that they’ve embarked on includes the original six songs they performed on the Grease soundtrack, and they’re adding six more by other artists that were on the soundtrack, as well as the doo-wop and regular Rock n’ Roll they’re known for.

Keeping an era of music alive doesn’t get old, Marcellino said. The type of performance they’re offering isn’t just a concert but a show and we can expect that for their appearance at the Candlelight Dinner Playhouse in Johnstown.

“The era that we started in the bands really had to do very good theatrical shows… no matter what we do people know that you’re gonna come and you’re gonna sing along, you’re gonna dance along, you’re gonna know the song. We’re sharing everybody’s music. This is a shared Americana experience and we rock. We leave them dancing in the aisles after 45 years.”

The ‘50s nostalgia craze worked through the ‘60s and ‘70s inspiring novels like The Outsiders, TV shows like Happy Days and of course the distinct sounds of Rock n’ Roll. But the way Sha Na Na views their role in the music world is very much involved with the here and now.

“We celebrate these great American songs in the present every night. We don’t look back. You put on the leather, you grease up the hair, you have an attitude that’s Rock n’ Roll.”

Sha Na Na, joined by legendary ‘50s teen idol Jimmy Angel, will perform for the Northern Colorado area September 29–October 1 at the Candlelight Dinner Playhouse. Tickets and information can be found at www.coloradocandlelight.com and by calling(970) 744-3747