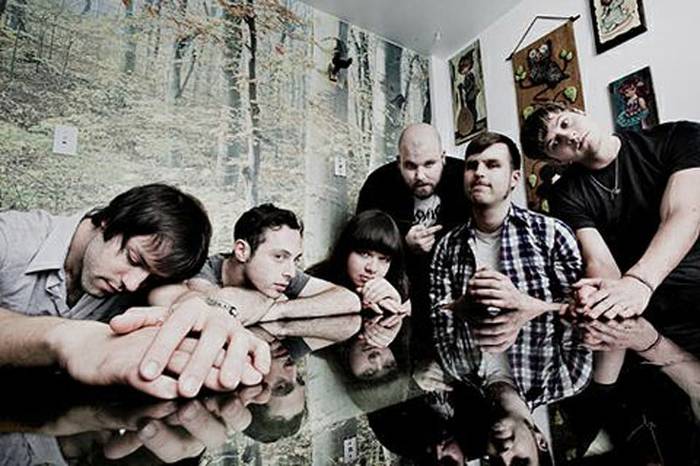 Right from the start it’s abundantly clear the new album by Canadiancore band Fucked Up is all about the coming of age and facing one’s youth versus one’s inevitably growing older.

The first track on the album, which is officially released June 3rd on Matador Records, is “Echo Boomer.” It hesitates just for a moment, with the band’s almost-mellow punk riffs before throwing us right into the clusterfuck that is Damian Abraham’s vocal stylings. He says, “I used to sing / That sound won’t die like me / Those old songs stay with me.”

Glass Boys is a follow up to 2011’s David Comes to Life, which saw the band’s first ranking on the billboards and created a big name for them. The album was conceptual and followed a light bulb factory worker that falls in love with an activist, who is killed by a bomb they build to blow up the factory. And while concept albums often feel forced, the band’s raw energy and the musical talent really pulled it into the foreground. This latest release is very similar, despite not being an official concept album though the “getting older” theme threads it together.

The message is clear in most of the songs, that they’re talking about growing up in a Fucked Up world. From the song “Sun Glass”: “When we turn away the kids just aren’t the same / New ways to vibrate / I can’t hear it / I can’t relate / I can’t change again / Sacred young.” 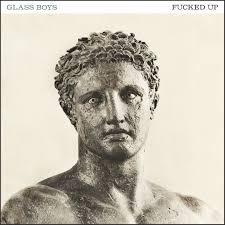 As always, Fucked Up blends their almost post-punk riffs and spunky drums, which are misleadingly peppy, with Abraham’s intense screaming of often dark, very anti-establishmentarian ideologies. The album’s lyrics are filled with symbolism, nothing too profound, but it’s a refreshing step away from the painfully obvious content most hardcore bands are pumping out these days.

“Warm Change,” one of the album’s singles, has a more traditional punk sound to it, without stepping too far out of their comfort zones. It’s clear they’ve simplified their sound, making it more approachable. The guitar solo in the song, while still blazing hot, maintains the attitude established in the punk mentality: keep it simple, stupid.

Other notable songs: “Paper the House,” where he says bitterly, “The way I make my living has driven me insane / It’s a 21st Century irony, where everything you hoped for in life fills you with anxiety;” the track “Led By Hand” starts out fast and stays hard through the entire trip, making it a definite standout (not to mention J Mascis of Dinosaur Jr. leaves his mark here); and the title track, which ends the album with this colorful sentimentality: “I wish I could go back / Glass boy / I’m afraid to grow up / And fuck my life up,” pretty much summing up the journey they went on to forge “Glass Boys.”