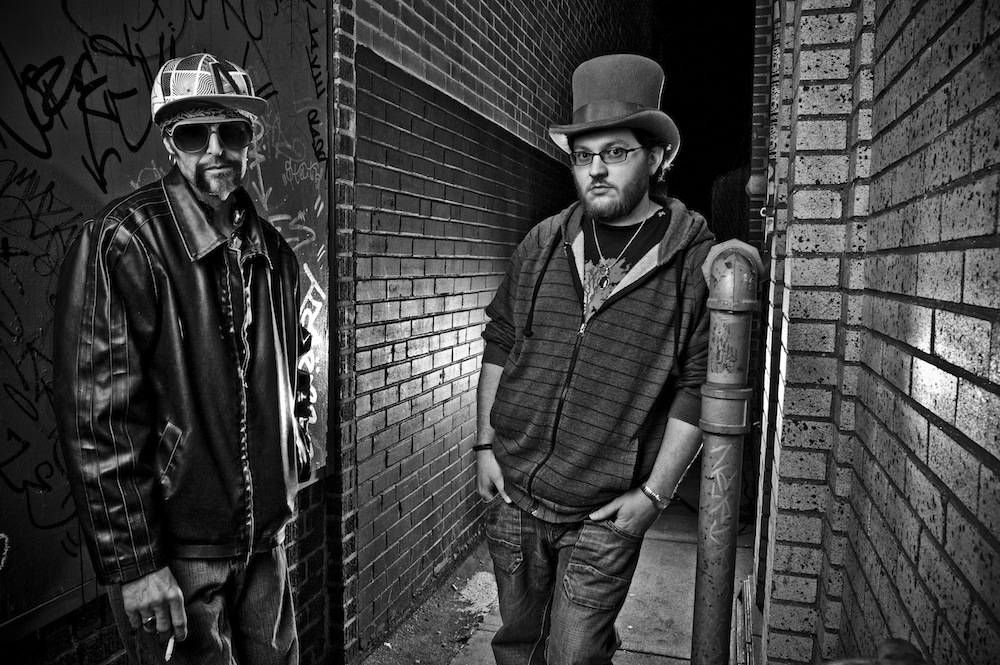 It was unseasonably cold for an Alabama Winter. The temperatures were record setting; black ice caused by the Tennessee River was developing on the O’Neil Bridge each day. A peculiar something was developing in Muscle Shoals, Alabama that year; something different. This wasn’t the ‘70s when Muscle Shoals was “The Hit Recording Capital of the World.” This was 2005, the last hit song written by anyone in the Shoals area was “I Swear” by Gary Baker and performed by both country music legend John Michael Montgomery and pop- group All 4 One in the ‘90s. The Pussycat Dolls were climbing the Top-40 charts, and the terms EDM and tweet had yet to sink their claws in the English vocabulary. BoomBox had just gotten the master recording of Visions of Backbeat back from their mastering engineer, and I didn’t know I would get lucky enough to be in the room when the box of CDs came in. I didn’t know I would be listening to the record as much as I did when I first put the disk in my car stereo. I didn’t know I would get lucky enough to be so close to the beginning of something bigger than I was.

I found myself boldly crossing the icy bridge several times each week to go meet Zion and Russ in an old abandoned 3500 square foot warehouse space in Sheffield that the duo had just secured for rehearsals. BoomBox had just released Visions, I was meeting with the guys about the specifics of throwing a showcase. The living area of the old furniture factory was made to feel like a San Francisco style loft on one side, and the rehearsal space on the other. It was barren, cold, and, with the exception of the group’s gear, empty. The neighborhood was rough, police regularly patrolled the abandoned warehouse district late nights in an effort to reduce amount of violent crime in the area or, God-forbid, pot smokers.

Our local electronic music scene was in a sad state of affairs; many of our friends had ended up caring more about drugs than the music that brought us all together. Most of the talented DJs had moved to either Huntsville, or Birmingham and in many ways funky breakbeats turned into funky egos. The handful of us that actually cared about the music were finding ways to bridge the talent gap. The dance music scene was just as filled with ridiculous clichés and performances that lacked any originality then as it is now; and Zion and Russ were not about to play second fiddle to anyone in this town, not when it came to dance music.

We would typically meet after 3 or 4 pm to talk about the vision of BoomBox, and what that translated to in a live performance. Zion recruited the session players on the album to come perform for a live showcase of the record. The line-up included his mother Donna Jean who sang with everyone from Elvis to Cher, and was inducted into the Rock & Roll Hall of Fame as a member of the Grateful Dead in 1994. Always the artistic visionary, Zion also decided that an interpretive dancer performing from 15 foot stilts, twirling fire, and swinging from carnie-grade spandex 20 or so feet above the ground while the band was playing was going to be a slight logistical issue, but nothing to be too terribly concerned with.

We decided that we were throwing a New Years Eve show to promote the album in the old Muscle Shoals Music Hall; an older, seldom-used venue with no house PA for sound, a few strobe lights, and a central heater that almost worked. I put together a flyer and immediately headed over to Kinko’s, and after all of the work we put into the show, on Dec. 31, 2005 some of our closest friends came out to experience a moment that changed us all forever. 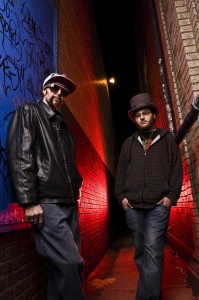 That experience was, and still is humbling. I often thank my younger self for having the courage to follow his instincts, and listen to what his gut was telling him. At the time my gut was telling me that these guys were going to be huge one day, they just needed the world to hear them. At that moment It told me to give everything to be involved with that show. My gut was right. After that show, BoomBox booked with a well known professional management agency and began to take the show on the road, and the rest as they say, is history.

That story bears a certain significance to me now, because that peculiar something that was developing in Muscle Shoals, Alabama ten years ago, is currently happening in Greeley, Colorado. You see, Muscle Shoals music is bigger than any one artist or producer, it’s bigger than a songwriter, or a player. It’s about everyone getting on the same page, in the same groove. That is what experiencing a BoomBox show is about. I’m forever grateful of what growing up in such a historically rich musical town did for my early development as an artist and musician, and I’m more grateful for what it did for my soul.

Recently, I was one of the lucky few to be the first to hear the new album, Filling in the Color. The first single “Waiting Around,” instantly has a bass hook that is keeps your head nodding and sets the tone for the rest of the album. After hearing the stream, I can’t remember the last time I’ve so anxiously anticipated dragging a needle against a vinyl record. Once again, a couple of white dudes from Muscle Shoals made one of the funkiest, most soulful records I’ve ever heard. It’s funny how history repeats itself. I couldn’t stop shaking my hips to “Dirty Red Penny,” which chances are, is a song about a hot female BoomBox fan who couldn’t stop shaking her hips either. The funky bass-line in “Lost Ya” reminds me of the cold nights in the very beginning in that big Sheffield warehouse. This is definitely a record that you listen to from beginning to end. The hooks are sick,and the production immaculate.

BoomBox is releasing Filling in the Color on January 14th, The Moxi is the most intimate place for a fan to catch the performance in Colorado. For support on this tour, the guys brought along Ramona; a well-seasoned deep house DJ with impeccable taste and technique from Belgium who now resides in Vail, Colorado.