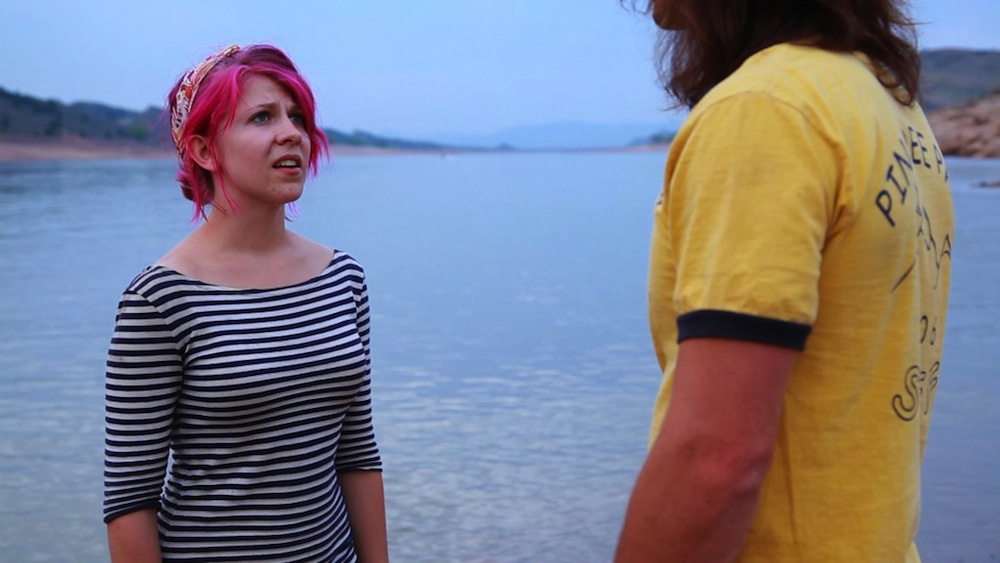 A stumbling documentarian comes across a cassette tape in a thrift store, sending him on a quest to track down a one-of-a-kind bicycle and the girl who came with the bike, possibly from the future. A billionaire bike maker, who came across the same bike as a kid, is also looking for the mystery bike too, enlisting his goofball friends in his search to find this magical bike.

This is the story of Whensday, the first film produced by The Lyric Cinema Café, and it wears its love of Fort Collins on its sleeve.

Whensday was put together by four directors, all of whom call Fort Collins home: Doug Usher, 31, Andrew Schneider, 29, (a Wyoming native) Ben Mozer, 34 (owner of The Lyric) and Tomas Herrera, 35, who played documentarian Abe Benjamin in the film. The idea for the film was initially kicked around in the lobby of the theater amongst the four over beers.

“Well, I think what really started it was that Ben wanted to find a way to provide more content at The Lyric than just bringing in movies from outside,” Usher said. “He wanted more local sustainability of films, because it’s so expensive for him to bring in other movies, so he, I think, sort of said to different people, ‘Hey do you want to make a movie?’

“And then we kind of started meeting here and hanging out over beers and brainstorming, and we knew we wanted it to be about Fort Collins. That was key: finding the audience of Fort Collins and really telling a story that would make sense for this town.” 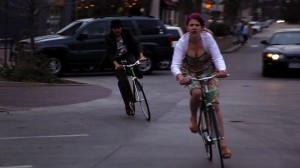 Before there was even an idea for a movie, Ben Mozer said there was sort of an acknowledgement that independent filmmakers and independent cinema auteurs and cinema owners had a lot of common struggles in a marketplace where there are incredible innovators who’ve built an industry up to what it is that is now starting to stamp out independent voices.

“We saw a way to return to a page of history where filmmakers were just hobby enthusiasts, creating art in their own communities,” Mozer said. “We saw an opportunity to band together — Colorado cinemas, who right now are going through a lot of hardship in trying to convert to digital — and find content that, for them, that their audiences will come and see that speaks directly to them without going through a Hollywood machine where you have distributors telling you what movies you can get and show and when.

“So we tried to introduce some options for cinema makers by creating a local distribution model, and ‘Whensday’ the movie was what we all got together and sort of workshopped in a sense to create the story.”

Mozer said the characters were based a lot on who was available to shoot with them on the weekends, who had production experience and talent and wanted to come work with them on the film. The film took more than a year to make. 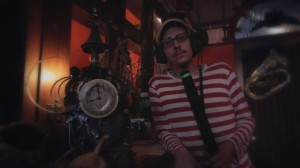 Mozer said there are plans for a re-release of the film, including a DVD release, in the springtime after the group takes a break.

“The major goal with this movie is to connect all the independent theaters in Colorado into one distribution circuit,” Mozer said. “So when we make a film or we buy a film from producers, or if anybody else wants to release and distribute a film inside Colorado, they’ll have this pre-established circuit that they can run through.”

Schneider said the group is already crewing up for their next project, with a 2014 fall release date for the film, and they’re looking for filmmakers and writers ready to help. For those who want to contribute to their next film, and for those interested in more information on Whensday, visit NoCoastArtists.com and WhensdayMovie.com. 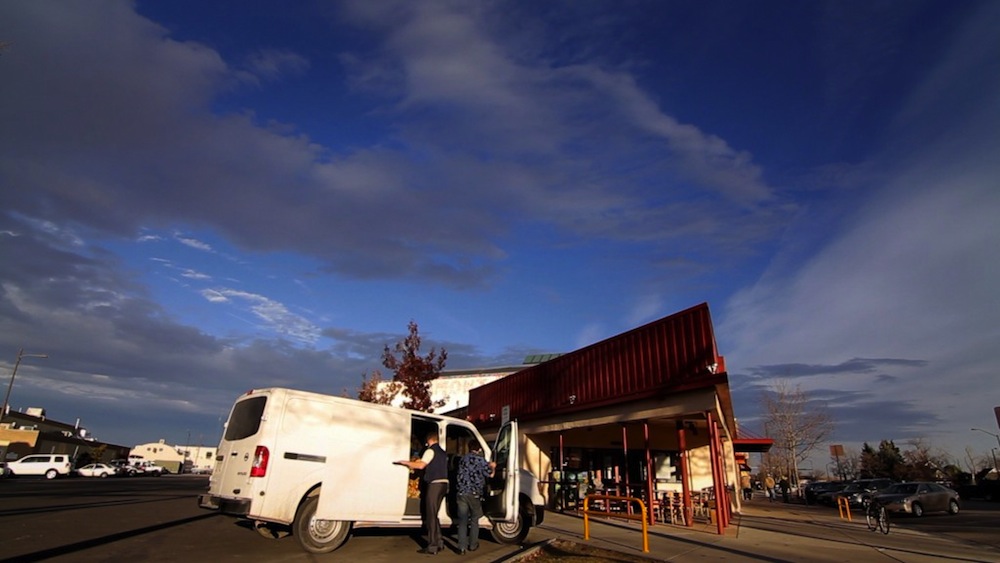