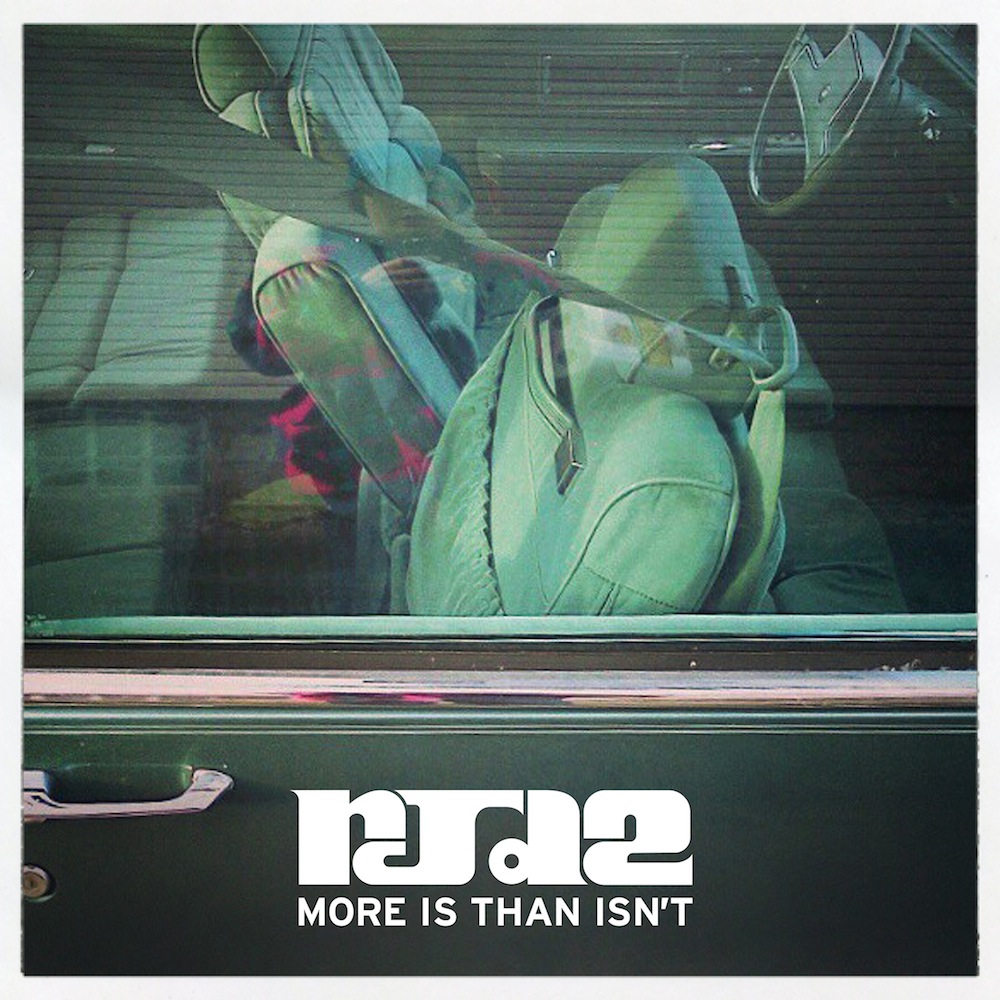 RJD2 is known for his talent when it comes to instrumental hip-hop music. You may have heard his music without realizing it in the theme to the AMC television show Mad Men. The smooth, catchy vibe exemplified in that track is what the artist does best, and it’s a strength that he brings to the table for his latest album, More Is Than Isn’t, to great effect.

“Suite 1” kicks things off rather relaxingly, and the vibe is reflected in “Suite 2” and “Suite 3” at the midpoint and end of the album, respectively. The three songs make an excellent unit, but work particularly well interspersed through the album. There’s a different feel to the two parts of the album, divided by “Suite 2,” and they all pull together for an overall product that satisfying switches gears between relaxing and invigorating.

One of the main album highlights is “Her Majesty’s Socialist Request,” a delightfully catchy and energetic track. It erupts with power almost immediately with rhythmic clapping and pounding keys, and continues to build from there. There’s no shame in putting this excellent song on repeat. Far later in the album, the horns-centric “Descended From Myth” would feel right at home in a Quentin Tarantino film and is another great addition to RJD2’s repertoire of stellar tracks.

It’s not all perfection; the vocal tracks are noticeably the weakest parts of More Is Than Isn’t. RJD2 is capable of constructing some remarkable tracks, and his flair for instrumental bombast is tarnished a bit with vocals. Some of them, like “Temperamental” and “Love and Go” aren’t bad, but “Bathwater” should be skipped and “See You Leave” is just plain bad. The vocal tracks simply do not allow RJD2 to spread his wings nearly as much as he can on the rest of the album. A good mix is achieved on “Got There, Sugar?” with more minimalist vocals and far more emphasis on music. It’s odd, considering that alternate vocal mixes of some of the instrumental tracks, such as the Candy Panther remix of “Her Majesty’s Socialist Request” (not present on the album) are almost superior to the original cut. Still, it remains that the tracks are at their best without anyone performing alongside them.

When there isn’t someone performing vocals on a song, that space is occupied by intensely creative musical hooks. Even on “A Lot of Night Ahead of You” and “Winter Isn’t Coming,” which feature very prominent and repetitive sampling, they are overlaid by a unique and satisfying cornucopia of instruments that make a nice alternative to the oversaturated market of vocal hip-hop. RJD2’s work seems largely about the music, and that’s a good thing.

RJD2’s impressive range really shines on More Is Than Isn’t. It’s a thrilling, unique album that delivers something a little bit different with each new track. And that’s part of the excitement—wondering what’s around the next corner, what instrument or hook RJD2 will utilize next. The Pennsylvania artist has delivered once of his best albums, topped only by Since We Last Spoke. If the question is quality, the title More Is Than Isn’t tells all.