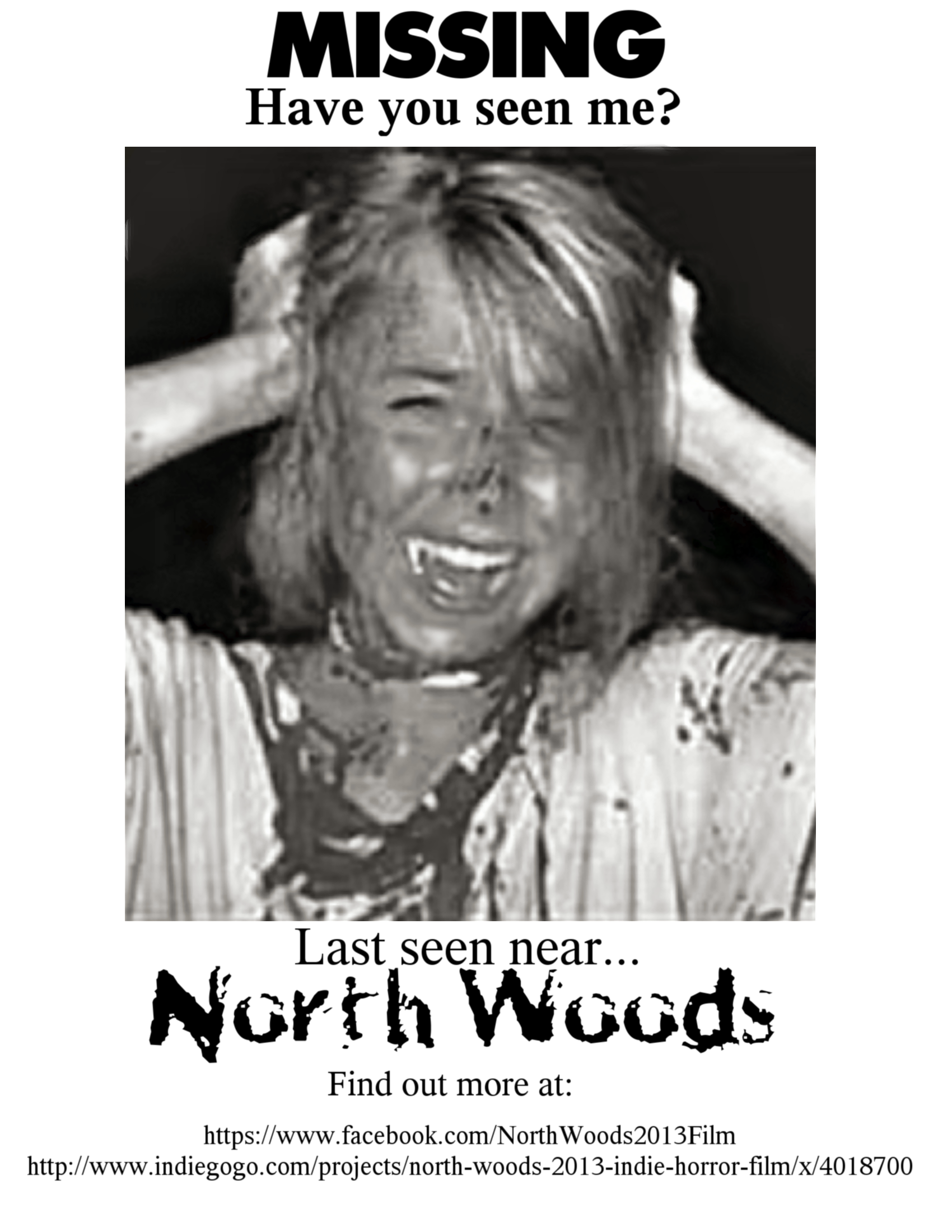 You might have seen the above flyer around town the past month. It’s not an actual missing person. It’s for the IndieGoGo campaign for the indie horror film North Woods.

Created by Chris Moore of Jackson, Mississippi and Greeley resident Jason Kasper, the film started out as a dark fantasy film before Moore switched gears and made it much more of a traditional horror movie. Much of the film has already been shot, but Kasper — taking over directorial duties for Moore — is looking to complete the movie in due time. Hence the IndieGoGo campaign.

Check out the film’s trailer, then head over to the film’s IndieGoGo page to check out the perks of donating. Kasper said the film would be a reality if 422 people would donate $25 to the campaign. For more information, check out the North Woods Facebook page and the upcoming September issue of BandWagon Magazine for a full-on profile piece of the film’s creation. The IndieGoGo campaign ends August 30, so if you want to see a local artist succeed in completing a feature film, head over there and donate.