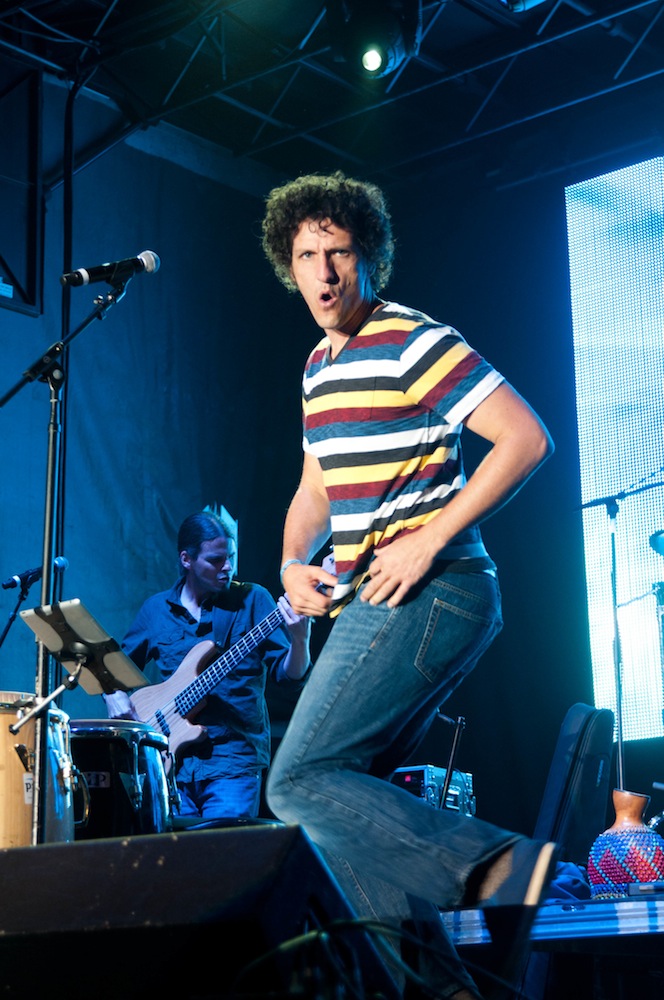 On Thursday afternoon the BandWagon had the chance to sit down with Ryan Jalbert, and Jans Ingber from The Motet. The band was very excited to be at ARISE and were having a great time playing with so many prolific artists. The fun, easygoing guys of The Motet answered a few questions about their music and history as a band.

Q: Would you consider yourself a Colorado band?

A: We are kind of from all over the place. Originally the band did begin in Boulder but Garrett Sayers is from Connecticut, I’m from Massachusetts, and Dave Watts is from California, but yeah for the most part we are definitely a Colorado based, or Boulder-based band.

Q: You guys have been doing a lot of big cool shows. Did you guys ever have a moment when you realized your music was really taking off as a group?

A: Well I would say that moment is now. The past couple years we have been in that moment and realizing it happening. You know, it’s just been motivating us to just go for it. Giving us motivation to get in the studio and write another record. We have always just had too much fun, and have always loved music.

Q: Are you guys working on an album right now?

A: We are working on an album that we hope to release by 2014 in January so its fresh and new with the New Year. We’ve been planning on 2014 for years and wanted to really give ourselves enough time to write, but its getting there and moving along well.

Q: Do you guys have any funny stories about the band that you guys would be willing to share?

A: One of our lead percussionists Scott Bedford, we used to have this thing where we would give him a break down of just him playing. So we were doing a show and he was doing the solo, and he stepped over towards this curtain, but he stepped over the edge off the stage and into the curtain. Then he was just gone right in the middle of his solo. No one was playing and he was lying in the back with half the curtain over his face of with the most horrified look on his face while the rest of us were fighting off laughter.

The Motet was a must see band at this years ARISE Music Festival, and their great showmanship and excellent live sound demonstrated well why fans were so excited to see their uplifting jazzy funk set. You can check out The Motet’s Music online for free on Soundcloud.com to hear their fresh fun sound yourself.