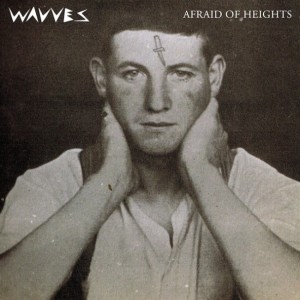 Modern surf rock’s darlings Wavves make a triumphant return to the record store with Afraid of Heights, their first full-length album since 2010’s King of the Beach. Released in March, these thirteen tracks are undeniably some of the band’s best. Their lo-fi, grungy sound, consistent with Wavves’ other releases, does not disappoint.

“Sail to the Sun” opens the album with a brief moment that leaves listeners questioning whether they’ve turned on a Wavves album at all, though. Jangly bells and soft guitar arpeggios sound more like The Polyphonic Spree than the California punkers. Then the drums and bass line kick in, followed by Nathan Williams’ signature surf punk power chords and those familiar washed-out and wet vocals singing, “I don’t wanna get left behind,” reminding everyone that, yes, this is Wavves and, yes, they still rock.

This album largely echoes King of the Beach in tone and style. The stoner/surfer-inspired lyrics are present and of course so are the relaxed musical elements. Few bands can take a fast power chord rhythm that would be at home on a hardcore punk album and turn it into chillwave. Wavves create the perfect blend of those two sounds on every album.

Songs like “Mystic” (which includes the amusing lyrics, “When I’m high / I can see right through / Windows”) and “Beat Me Up” speak to the band’s punk side, with driving rhythm and bass beats, while the surfy, chill style comes out on tracks like “That’s On Me” and “Everything is My Fault.”

Some tracks, however, offer a seamless mix of the two. The title track (featuring hipster goddess Jenny Lewis) carries the signature Wavves sound: the precise midpoint between melting into a chair after bong rips and thrashing around at a punk show.

In some cases, there’s such a thing as being too chill. “Dog” harkens back to the album’s opening teaser with bells, a subdued, tambourine-heavy percussion section, and even a cello. To say this song is boring is wrong, but not far off. It’s unmistakably a Wavves song, to be sure, but it feels flat and lags, dragging the album down between songs that have much more kick to them.

Overall, though, this is a strong outing for the group. Afraid of Heights is not a bad album. In fact, it’s a pretty solid release from Wavves. That said, it is essentially more of the same—which is great, if you’ve become addicted to that sound. But if you’re looking for something new or inventive in the surf rock genre, this is the wrong direction to turn.