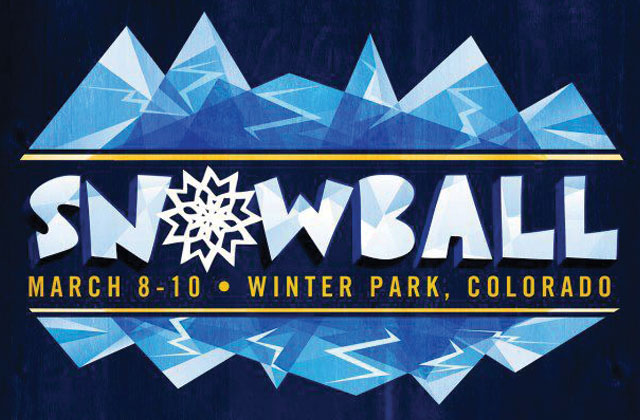 Artists performed on Snowball’s three stages constantly throughout the weekend. A large torch launched eight-foot flames into the sky at the center of the festival grounds. A big air snowboard/ski ramp featured professional riders showing off their skills. Shortly after my Friday afternoon arrival to the press tent, which was lined with couches, chairs, and heaters, American Royalty strolled through the door. The psych-pop band would perform that night, closing Friday at the Ballroom stage, and I could not wait to hear their thoughts on the event.

Vocalist Mark Gilfry said American Royalty are “big fans of Kendrick Lamar and The Presets.” He said they were at Snowball “mostly for the experience… To be outdoors snowballing, jamming out, it’s going to be a good time.”

I headed over to the Groove Tent to catch Zion I’s performance. The two California-based rappers put on an incredible show that had the crowd going nuts and screaming for more. The energy that Zion I built in their crowd was a truly spectacular experience.

Porter Robinson then took the main stage and the talented DJ threw down an incredible set that had fans talking about his show for the rest of the weekend.

Kendrick Lamar’s performance on the main stage was a captivating show that pulled in people from all over the festival. “Bitch, Don’t Kill My Vibe” turned the whole crowd from dancing to rowdy. Thousands lined up for his show, and the crowd just got bigger and bigger as his performance came to an end. Lamar’s talent for interacting with a party-hard audience was fantastic to watch.

The crowd loved Kendrick Lamar, but one of the best shows of the entire festival came next. Big Gigantic played songs like “Nocturnal,” Let’s Go,” and “Rise and Shine,” plus a few new songs they had never played before. Their lights were entrancing and impressive, topped only by the enormous fireworks show that closed out their set at the end of the night. 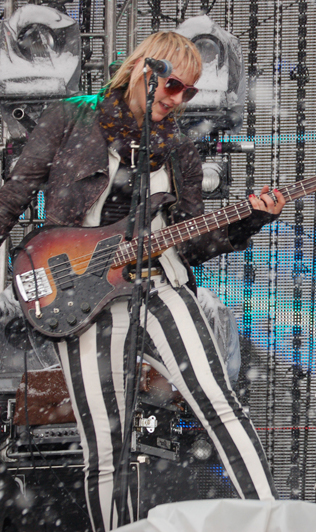 On Saturday afternoon I met up with Sharon Koltick of Kink Ador. She said they were excited to see Delta Spirit, Portugal the Man, and Pretty Lights. Koltick said Kink Ador are excited to release their first full-length album later this year after playing together for about two and a half years. She called Snowball “such a rad trip” and hopes her band can come back next year.

“I just love those performers that are larger than life,” Koltick said of her musical influences. “I’m an enormous Prince fan because he makes music that just touches people on so many levels. I wanted to make rock ‘n roll that is visceral but thoughtful, and then it was like, okay, let’s do it.”

At the Groove Tent, Run DMT was performing. Run DMT’s catchy euphoric melodies and heavy bass drops pulled in a crowd that packed out the tent and got fans amped. I hopped back to the press tent to chat with Robotic Pirate Monkey about their music and playing at the festival. Matthew Berryhill said they were pumped to be at Snowball and that even though they had an early set it was still a great show. According to Berryhill, the Ableton music software was a big inspiration to the group in making the decision to become artists. R.P.M. said they used the program so much that they just decided to keep doing it for a living.

Up next was DJ duo K Theory, consisting of Dustin Musser and Dylan Lewman, who started the band in 2010 but have been making music since they were 16. The two started working together later on when they found out that they used the same music production program, Reason, and released their first project in 2011. Lewman said he decided to start making music when “I just starting hearing things in my head, I started hearing songs and started writing them, and it happened when I was around 16, and I was like ‘Wow, this is cool, I want to do this.’ I didn’t start to think about doing it with electronic music until I was 18, then I was like ‘Wow, I could do this with electronic music too.’ Yeah, that’s how it sort of happened. It was kind of some sort of musical enlightenment.” Lewman said that in two or three years K Theory will be “fully live and our DJ sets will be a thing of the past.”

Pretty Lights took to the main stage for the night’s most anticipated event. They put on an unbelievable light show that surpassed all their shows last year. The crowd’s incredibly friendly attitudes and positive vibes were contagious, and the tent was packed with raging fans, making for an unforgettable night. 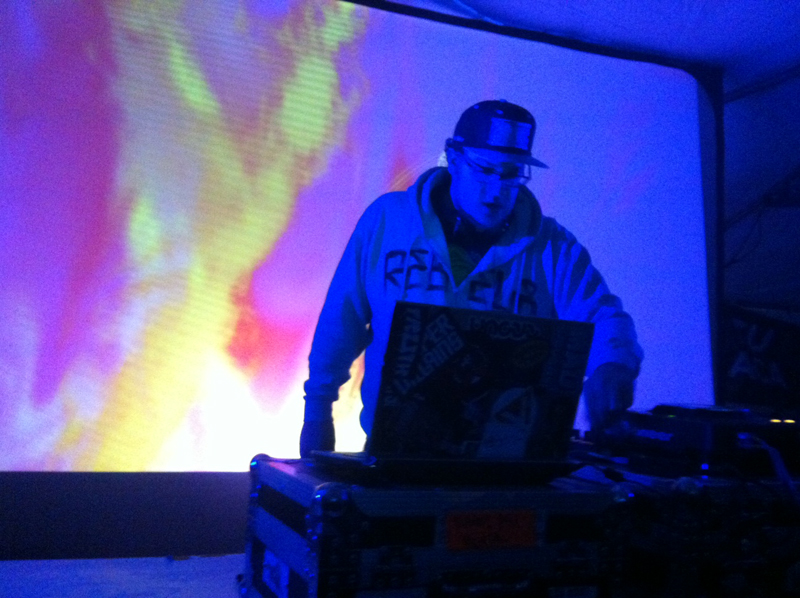 After a fireworks show, it was time to head out of the festival grounds in search of some after parties. Run DMT had an intimate and dynamic set at Winter Park Pub where they threw down some new songs that he had yet to play live. When I asked Run DMT what he thought of the Colorado crowd he said, “I love the crowd here in Colorado. There is no other feel like this one.” 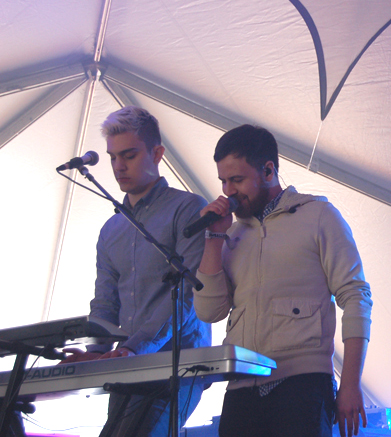 On Sunday I caught the end of the Bestfriends show in the Ballroom. The next shows I would attend were Destructo and then Flosstradamus, who both got their crowds dancing in a nonstop groove. Flosstradamus and Flying Lotus packed the Groove Tent with thousands of fans who were ready to get down and have a good time.

One of the biggest shows of the concert was Grizmatik, who took the main stage while Flosstradamus rocked the Groove Tent. Grizmatik was incredible to see live and pumped up the fans. Their dirty drops and mesmerizing lights got the crowd warmed up for the final, unforgettable show of the festival, STS9.

The festival was a spectacular experience that I will always remember. The incredible professional snowboarders doing big air tricks next to the main stage, the fire spinning performers and dancers on stage, the amazing art tents, the fantastic firework shows, and the absolutely entrancing concerts made for three days of fun and chaos.