Misty Boyce is no stranger to big stages in Colorado. The New Mexico native has performed at Red Rocks, The Gothic Theater and plays a sold-out show at Denver’s Ogden Theater on October 5th, clocking more performance time than the headliner. How? By not quitting her day job.

A degree-holding jazzer from The University of Cincinnati College-Conservatory of Music, Boyce moved to New York City in 2006 and immediately began accompanying other artists. “Side woman-ing was my day job. I moved there to make it as a solo artist, but I also needed to make a living. Playing piano was, like, the only thing I knew how to do.”

The side-woman gigs grew into frequent support slots for the pop artists she accompanied, opening for and playing with Wakey! Wakey!, Nat and Alex Wolff from The Naked Brothers Band and Alexz Johnson. Soon, her band member/support gigs grew bigger. Børns, Alina Baraz and her current arrangement with Lord Huron (the aforementioned sold-out Ogden show this month) are all on Boyce’s resume, as is backing Sting and Ingrid Michaelson. Yet the most influential of her atypical day-jobs was touring the world as both opening act for and keyboardist in Sara Bareilles’s band. 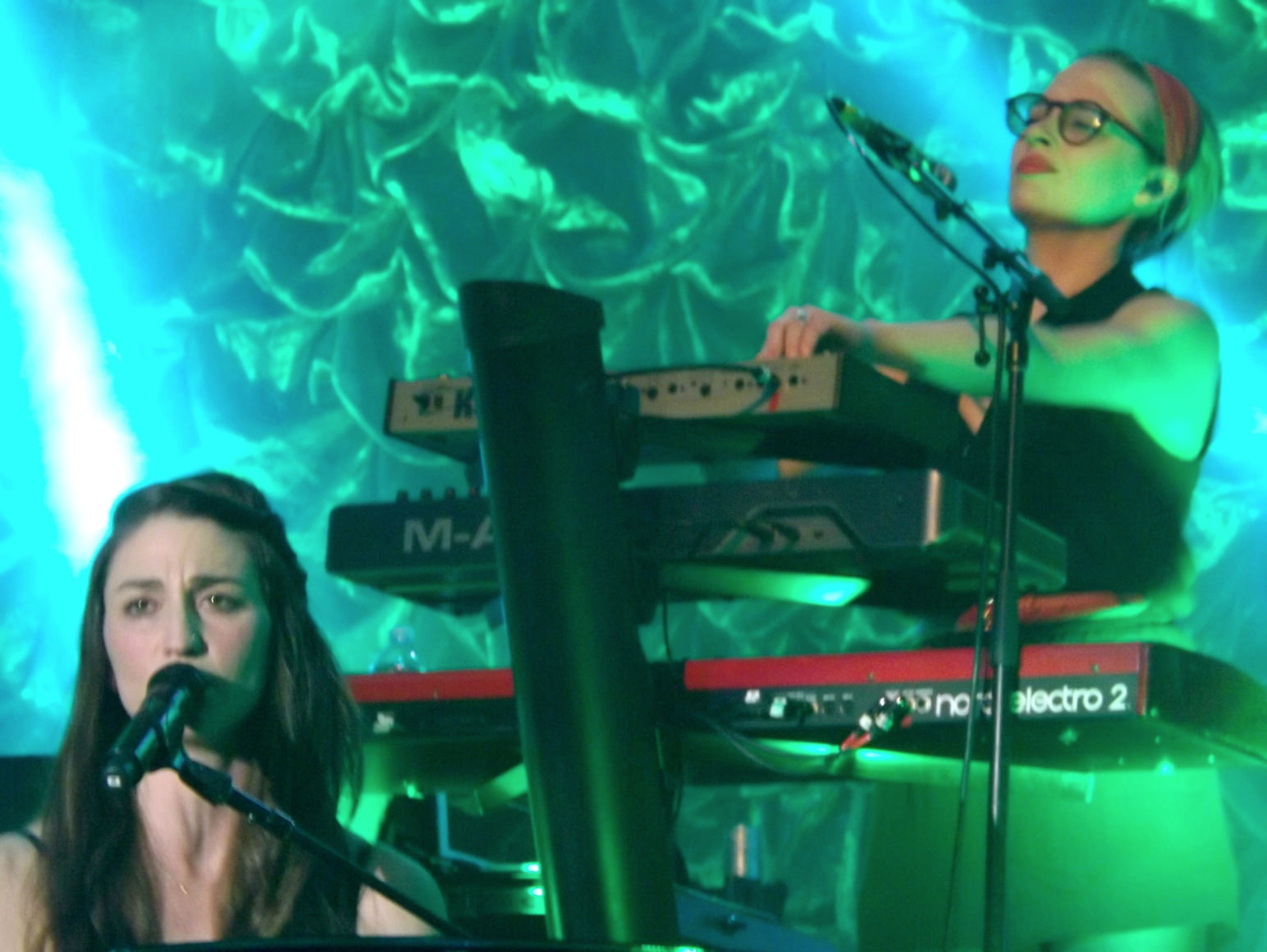 “If I’ve had a big break it was playing with Sara Bareilles. It was life-changing. That propelled me into a sphere of musicians that elevated everything.” Memorably, that Bareilles tour hit Red Rocks in 2013. ”I played with Sara and OneRepublic at Red Rocks. I had a sprained ankle which was a bit of a bummer. It was tough to get around backstage on crutches but it was a dream at the same time.”

Bareilles’ influence on Boyce goes far beyond the music itself. “Most of what I’ve learned from playing with these people is seeing the bigger business side of the music industry,” Boyce reports. “Seeing the work ethic – a composure and willingness to, like, grind. I feel like that’s what makes or breaks an artist. All these people are incredibly talented too – like, Sara is an anomaly, a freak of nature – but on top of being an incredible musician and singer, she’s so smart business-wise. The way in which she gracefully navigated the music business while also being an artist was like a master class to me.

“Garrett Borns (Børns) – he’s got that too. He’s making the rules up and the industry is following him. That kind of foresight is what it takes to make it.”

Though Boyce has worked directly with so many success stories, that hasn’t parlayed into a solo career of the same caliber, and that’s a good thing. “I’m not sure I have exactly what those people have – It’s made me feel freer to be myself and to accept that I’m gonna make my own music forever. I might always fly under the radar a little bit because I’m not good at playing the game, which I don’t think it’s something you can learn.”

Though she proclaims herself to be on a more “indie” level than her bosses, Boyce has impressively released four full-length records and a slew of singles, videos and EPs of her own. She too knows how to lead gracefully.

“I try to be more firm about what I want while taking into consideration other people’s perspective,” Boyce says. “You don’t have to fight as hard if you’re open to other people’s perspectives and if they feel safe around you. Get Lost was a lot more collaborative than anything I’ve ever done and it was so rewarding! Working with a woman (producer Lera Lynn) was just like: the best idea wins! There was very little ego in the room. She pushed me to my limits and I pushed back when I felt like I was right. We listened to each other and made better music.”

Boyce’s current gig with Lord Huron is a return to old band dynamics, but her view has changed. “It’s all dudes in Lord Huron,” she says. “I’m the only girl. That’s the way I was used to it being until Sara Bareilles. It was nice to have Kristen (Gleeson-Prata, drummer) in Børns too. It’s interesting going back to being the only girl (with Lord Huron) and not as a girl but as a woman. It’s totally different perspective than growing up playing in jazz combos and being the only chick.”

Boyce balances her identity as both side-woman and an independent artist, though she admits it’s tough. “I feel like I’m working constantly, which is fine, but it’s hard. Especially this last album. It’s the best thing I’ve ever done and I wanted to give it my best, but the reality is it’s really hard to make a living on your own music. The bread and butter these days is getting syncs – (Boyce’s “Goodbye July” is featured in season 4 of Z Nation) but at the end of the day I need to keep working.”

But the balancing act works. “It’s kinda the best of both worlds,” Boyce says. “I get to play on stages with bands like Lord Huron and sometimes get to open for them, which is amazing, but I don’t have all the responsibility that they have and can go home and make whatever music I want. I don’t have to repeat any kind of success because I never had it,” she laughs. “I wish I could play my own music more because that’s when I feel most alive, but I enjoy when I can do it – and do it on a higher and higher level. It’s exciting to live in a world where it seems like that’s possible for women now. We get to live in a new world now which is really exciting.”