“I was so down-and-out mentally,” says David Wimbish the vocalist and bandleader of The Collection. We spoke over the phone while he was in Asheville, North Carolina safely just outside the path of Hurricane Florence where he was preparing for a five-week tour to support The Collection’s latest album Entropy.

As a title, Entropy perfectly describes where Wimbish was in his life. Entropy is defined as the gradual decline into chaos and Wimbish was feeling it after a rough string of life events, from an almost crippling bike accident in Frisco, Colorado to core members of The Collection doing some real soul-searching about the longevity of the project. Struggling with his divorce and getting evicted from his home, Wimbish found himself couch surfing. From all that, the body of Entropy was born. “I needed to prove to myself that I could still do it,” says Wimbish.

Entropy breathes with a subtlety not seen in much of their previous work. “I originally intended for it to be a solo album, while everything before was very much a group effort,” says Wimbish. Those familiar with their live shows know it was a grandiose experience with as many as twelve people on the road at once. With horns, strings, and no shortage of gang vocals, The Collective was a sonic whirlwind with Wimbish’s humble songs at the center. “I’ve played with twelve to twenty-five people at a time,” he says. “But having twelve people on the road just isn’t feasible. There’s no way for anyone to walk away from it with anything.”

Wimbish admits it didn’t look like there would be much of The Collective left when a majority of the members left, but when he began making a solo record, a core few remained and turned the solo album into something much more. “There is nothing greater than having a group of people who are willing to travel across the country with you just to perform your music,” he says. 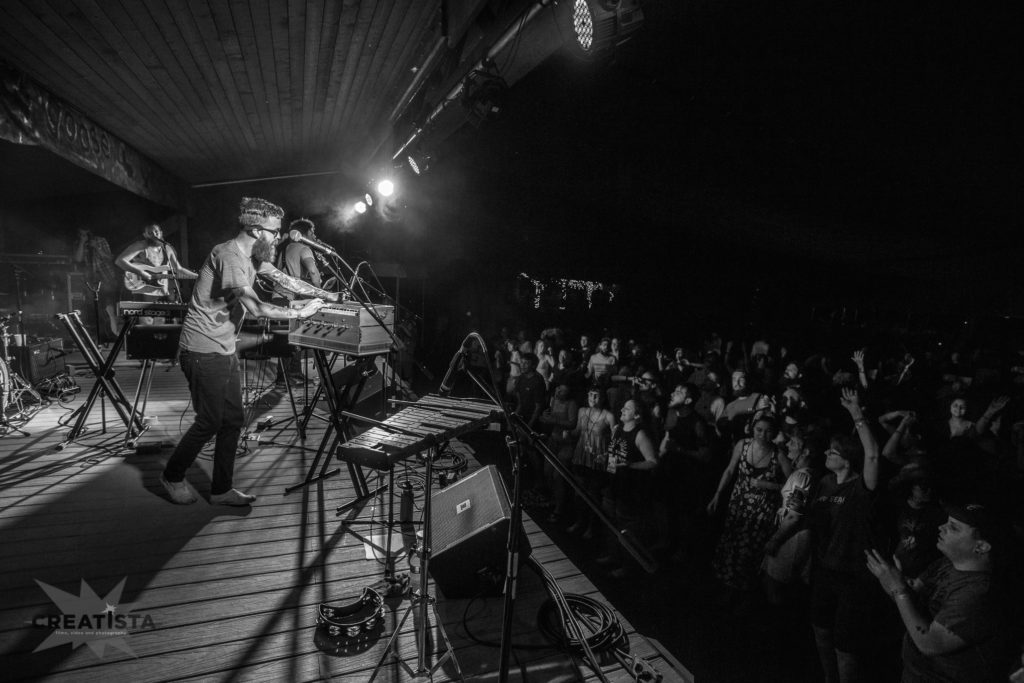 The subtlety of Entropy plays extremely well to Wimbish’s strengths as an arranger and a songwriter. Clearly, Wimbish has always thrived in a setting with lots of musicians. His time doing so has given him a clear sense of how to craft his sound. Entropy feels so concise as an album and puts a new focus on Wimbish and his songs. They seem basic on the surface, but a little digging shows the heart of a tortured, yet hopeful poet. Songs like “Becoming My Own Home” and “Wedding Party” show us a man less on a journey to answer the big questions of the soul but instead discovering an incredible sense of self-worth and comfort in his own skin.

After speaking with Wimbish and hearing Entropy, I the hopefulness of it all is striking. While the imagery and lyrical content evoke heavier emotions, the instrumentation is positive and uplifting, creating a striking duality. The perseverance is inspiring after everything he had been through and continues to go through. During a family trip to Frisco, Colorado Wimbish wrecked his mountain bike leaving him with six broken ribs, a punctured lung, a fractured vertebra in his neck, and pins in his finger severely restricting his ability to play guitar. But even that hasn’t stopped him. Now in full health, Wimbish has recovered from almost all his injuries (minus the pins in his finger) and is ready to set out on his Beautiful Life Tour.

“Entropy is the movement of things in nature towards chaos,” he says. “Looking at everything that happened in my own life, I realized that the chaos was just another stage of the natural order of things. Being able look back on that chaos is the next stage.”

Perpetually in a state of moving forward, Wimbish is excited for Entropy’s recent October 5 release and upcoming tour dates, including a three-date run with Greeley’s Silver & Gold culminating in a combined Moxi Theater appearance Saturday, October 27.

Due to his injuries, Wimbish will be mainly focused on being the frontman instead of bearing multi-instrumentalist duties this time around. He begrudgingly admits that because his doctor told him to avoid heavy lifting, he has to be “that guy” on tour who doesn’t carry anything during load-in.

With that, Wimbish is looking forward to a big year, a big release and a tour where he doesn’t literally or figuratively carry his baggage anymore – with Entropy and the Beautiful Life Tour, he’ll send it down the river.