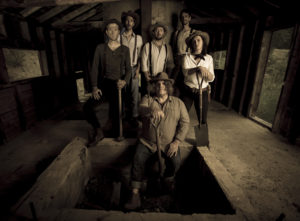 Earlier this year, the Boulder area based band, Gasoline Lollipops, comprised of Clay Rose on guitar and vocals, Bradley Morse on standup bass, Adam Perry on drums, Donny Ambory on stratocaster, Jeb Bows on fiddle, and vocalist Alexandra Schwan, had their most legendary show to date — playing on the Red Rocks Amphitheatre stage for Film on the Rocks.

Rose spoke on how fun that show was and how, “For me, that show was 20 years in the making. Having my dad fly in from Nova Scotia made it that much more special. Kind of like, ‘See Pop? I told you I wasn’t a bum!’ Of course, that’s yet to be seen, but it was a fairly convincing piece of momentary evidence. That being said, as I write this, I’m waiting to board a plane for our first European tour to Belgium and the Netherlands. I’m not necessarily anticipating any shows over there to rival Red Rocks, but I’m definitely open to the idea.” The Gasoline Lollipops recently finished up that tour abroad, so we’ll have to check in at their New Year’s Eve record release show at Hodi’s with The Alcapones to hear about the Red Rocks contenders across the pond.

Perry books some of their shows, which this year were quite impressive: Belize, a raucous Halloween Ball at the Aggie, the Shining Ball at the Stanley Hotel, New Belgium, the Gold Hill Inn, Swing Station, the European tour, shows to promote two album releases in ten months, and many more. He said, “There is nothing that compares to playing Red Rocks and feeling cosmically overwhelmed by the huge sound, the huge crowd and the view – which is actually more epic from stage than from the seats. The first night we played in Belize was also magic, just processing the fact that we were really there, playing the drums while looking at the stars, smelling the ocean, and seeing palm trees literally poking through the stage. But the Gold Hill Inn is the best. We’ve got home-field advantage there and it’s the most fun experience I’ve ever had as a musician.”

Morse, who also plays in bands The Lonesome Days and Masontown, agreed with Perry about The Gold Hill Inn, calling it “a personal favorite because it’s a special type of show in the most unique venue in Colorado. I’m really looking forward to the Fox [Theatre in Boulder] show on December 16, not only because it’s our record release for Soul Mine, but Clay’s long time friend Scott [Coulter] who played organ on the record is coming in from Philadelphia to do the show with us.” 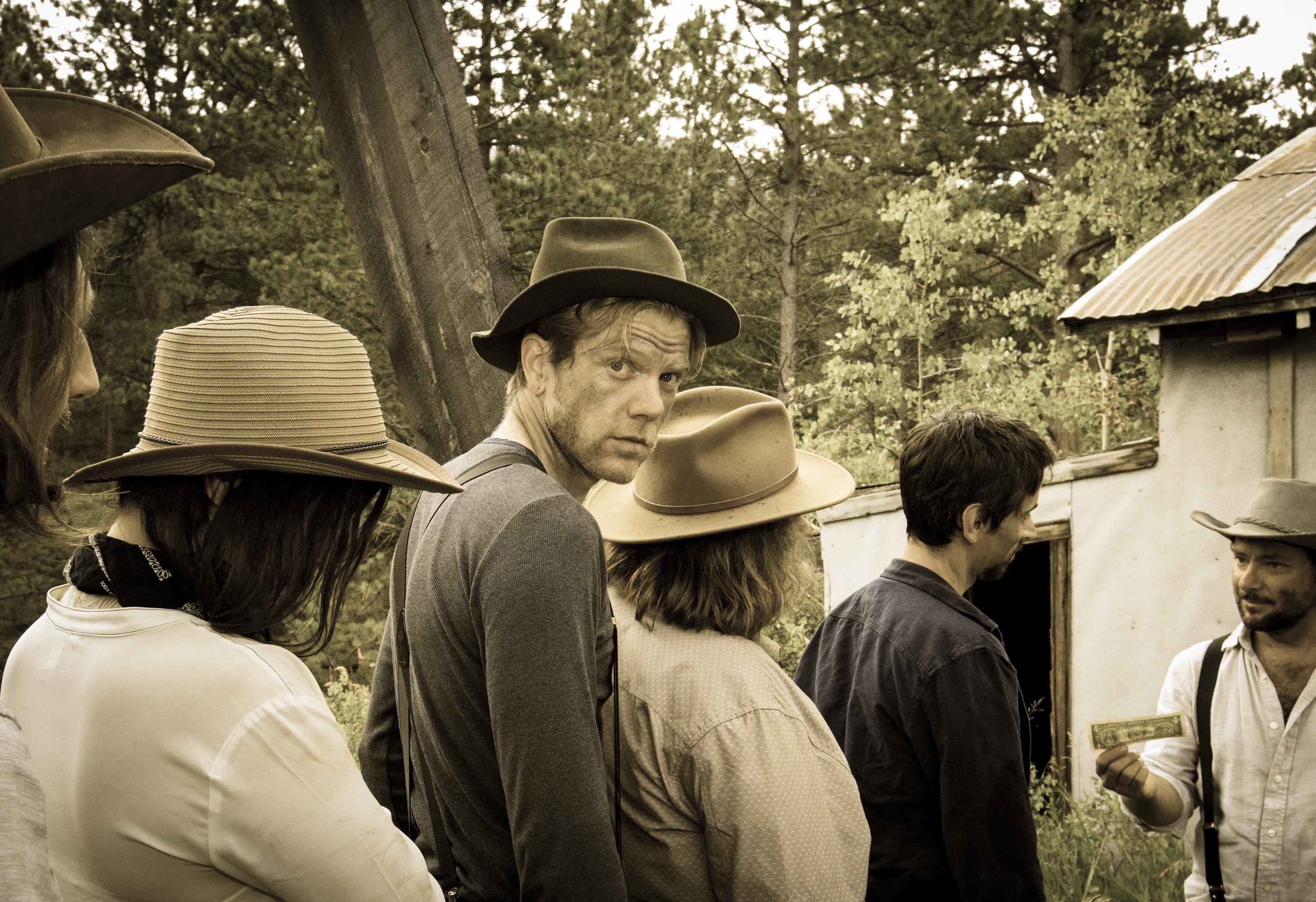 Rose’s friends are all over the Soul Mine album, mostly in lyrical content, but also in the recording studio and in songwriting. The only song Rose didn’t write also happens to be his favorite song to play, “Mustangs” by Robert Louis “RL” Cole. “Not only is it one of my favorite songs by one of my favorite songwriters, but it’s also a high-octane shit-kicker that allows me a reprieve from my own more melancholy creations.” As we spoke, Rose was on his way to Denver to shoot the video with the man, RL himself. Look for that to drop in January.

A successful Kickstarter campaign made recording and releasing Soul Mine a reality for the Gasoline Lollipops. Soul Mine is their first album released on vinyl and spotlights a bluesy, punky, rocking, rollicking, unpredictable A side and a B side that is waltzy, introspective, and features one purely acoustic song. The train is pulling off the tracks for this one and the stop is deep inside the heart, feeling the blues firsthand in the depths of their soul.

Rose spoke on the difference of this album compared to their earlier releases: “Well, Dawn, Death, and Resurrection were all part of a [Lucky 7] Trilogy so there was theme in place for all of them. A little bit like paint by numbers. In contrast, Soul Mine was very spontaneous. To be completely honest, we came up with the album name first. We then promptly booked a CD release show at the Fox. And then I thought I should probably write the title track and book some studio time. The process for curating and writing the songs on Soul Mine was much like the title suggests: a deep digging, both through time and self. Some of the songs are older, unreleased songs that we’ve revamped and some of them were written during the recording process. But keeping with the theme of all my albums, the process was painful and somewhat maddening; a birthing process of sorts.” 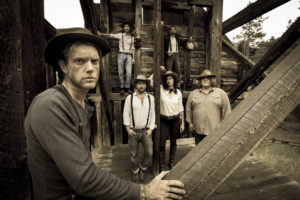 This practice begats brilliant songwriting, which clearly runs in the family. Rose’s mom co-wrote the song “Last Thing I Needed First Thing in the Morning” that Willie Nelson made famous in the ‘80s, and Grammy-award winner Chris Stapleton also recently recorded. Rose’s lyrics and performance invite listeners to come to a place of compassionate understanding about the suffering we all experience as a human condition.

Perry spoke about how “Love Is Free”, from Resurrection, is his favorite to perform. “I get really into the emotions and narrative of the lyrics. It was the first song Clay wrote after I joined the band, and he wrote it on my guitar, a little Martin acoustic. The depth of the story he tells in just a few verses, delineating a very loaded history of two friends, is just gorgeous and powerful, and the way the choruses are just slightly different is almost like a pantoum. I loved making up a drum part for the different dramatic sections of that song, from kind of a reggae beat to a climax where I’m just smashing stuff. And the fact that it was a hit on the radio is like the cherry on top.”

Morse has many favorite GasPops tunes and said, “These are some of the top right now, ‘Longest Night’, ‘Burns’, ‘Montreal’. Again that is subject to change any day but with a writer like Clay he kind of makes it hard to pick just one.” These moving songs are even better live, so make sure to catch the Gasoline Lollipops at Hodi’s Half Note in Fort Collins on December 31 to ring in 2018, and escape winter with them at the second annual Belize shows January 19-21, 2018. 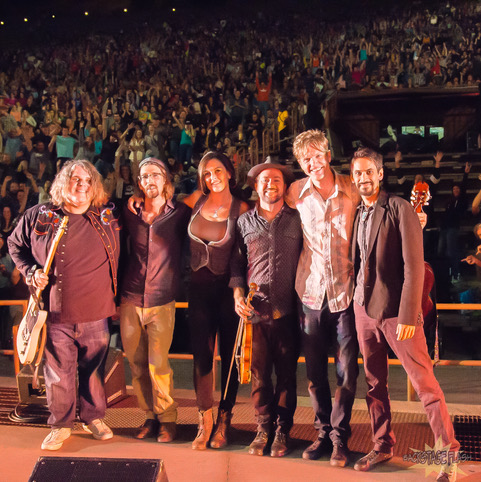