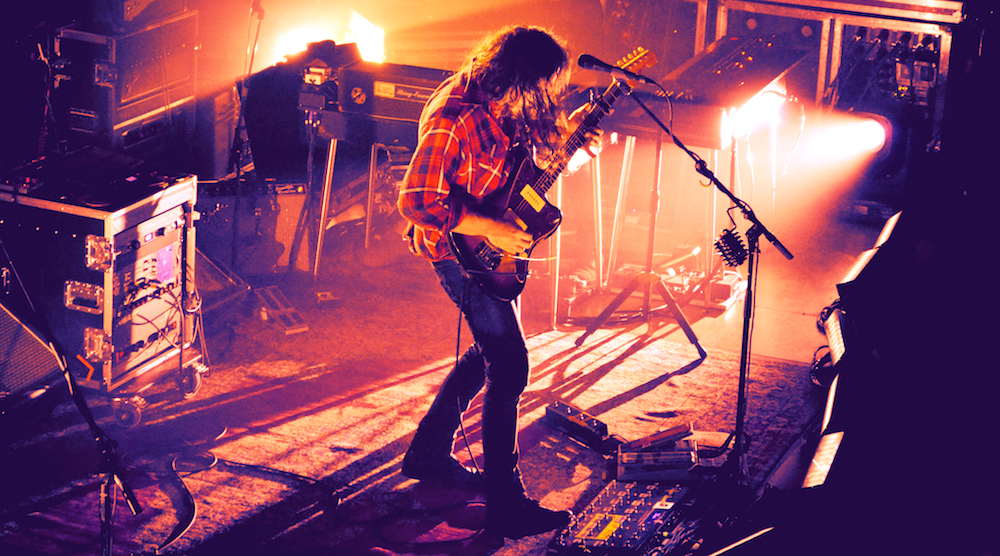 Selling out two nights at the Ogden Theatre October 14th and 15th, The War On Drugs established themselves as a Colorado favorite. Playing material primarily from their new album A Deeper Understanding and crowd favorites from their 2014 album Lost in a Dream, The War On Drugs gave an impassioned performance that showed both the complexity of their sound and the simplicity of their arrangements that has made them so successful.

Channeling the rock legends that resonate so well in the mid west, vocalist and principle song writer Adam Granduciel displayed an incredible ability to communicate to his audience musically and a mastery of production. Like their albums, every guitar lick, drum hit, keyboard sound and vocal line were in the right places for the maximum emotional impact. Songs like “Holding On” and “Red Eye” got the energy moving while contemplative songs like “Knocked Down” and “Pain” created a pleasant back and forth.

For long time fans, this show represented the end of smaller room shows for The War On Drugs. By selling out two nights, it’s obvious their next step is an eventual headlining show at Red Rocks or the Fillmore where a level of the intimacy will be lost. Obviously knowing it themselves, The War on Drugs closed out the night with a cover of Tom Petty’s “Time To Move On”, paying tribute to the late musician and letting the audience know that while it was fun, it was time to move on.