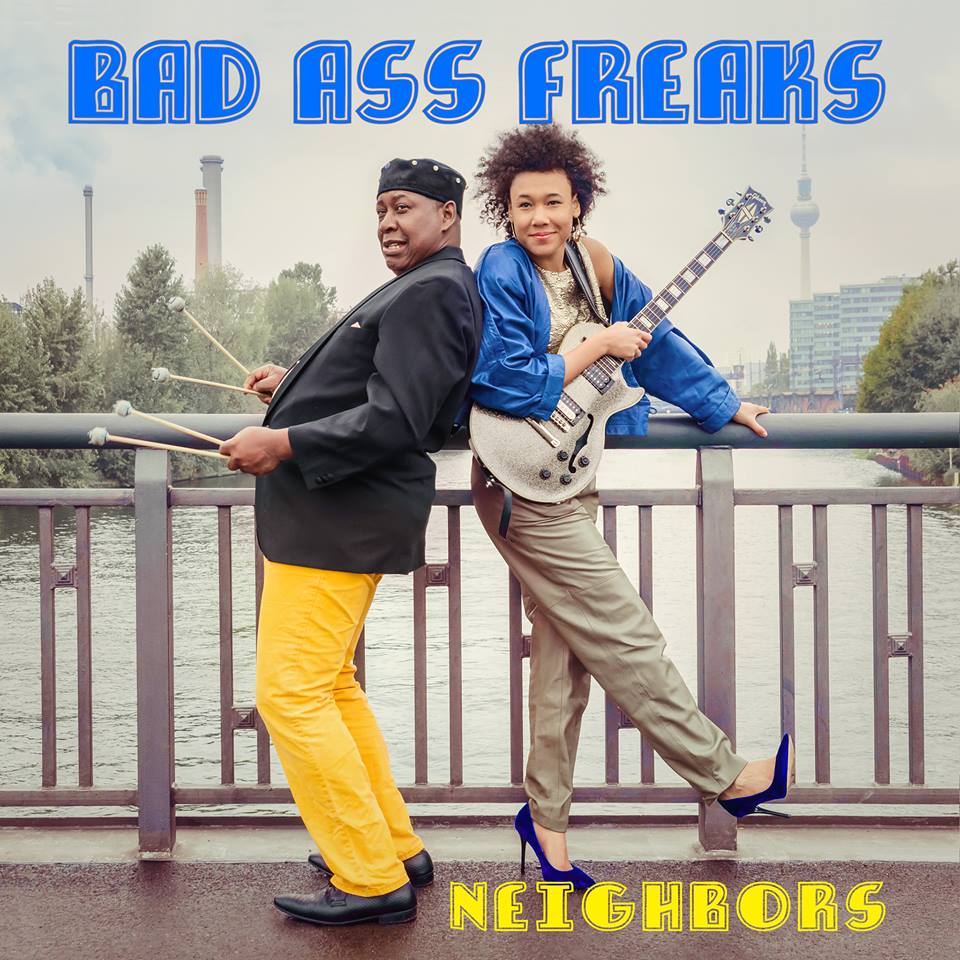 Neighbors, the first release by Berlin-based father/daughter duo Bad Ass Freaks, delivers groovy music with a laid back sound, drawing on several genres of music. An equal mix of jazz, disco and world music, the album features an uncommon combination of guitar and marimba playing, backed up by funky bass and drum grooves.

Bad Ass Freaks feels equally comfortable diving headfirst into a dark, but funky take on Wayne Shorter’s “Deluge” as they do in the lighter CHIC-esque groove-fest “Reverend Crush.” The band has a varied but consistent sound– performing original compositions by both Yamirah Gercke and her father Lenjes Robinson, as well as creative interpretations of jazz compositions by the likes of Duke Ellington, Frank Rosalino and the recently departed mallet-player Bobby Hutcherson amongst others.

A palpable feeling of playfulness is the result of this family endeavor. The album has a homey, jammy feel to it – and that’s just how this record was made. Yamirah says the theme of the record is “just to have fun.” The eponymous, bluesy “Neighbors” written by Robinson in 1976 is the best representation of the joy of playing music with loved ones. “Neighbors” is ride with playful interactions between band members, featuring solos by both Gercke and Robinson as well as soprano saxophonist Su Terry.

Neighbors so displays the delight that can come from playing music with our loved ones and the magic that comes from a jam that goes just right. The music by Bad Ass Freaks is earnest and sincere, focusing above all on the people making the music.