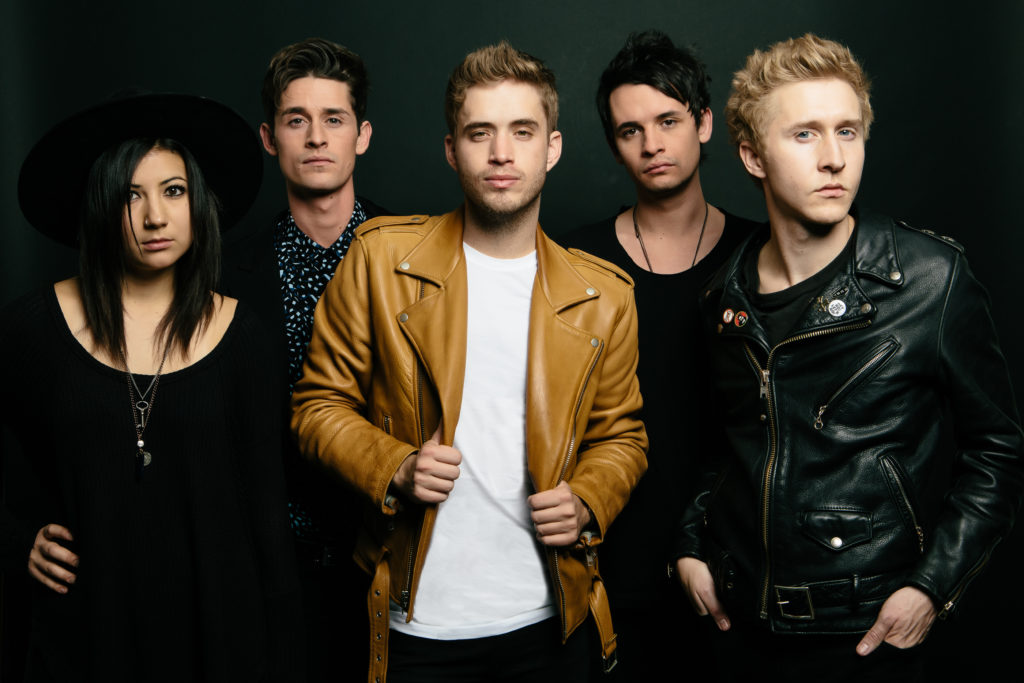 The beginning piano chords on The Summer Set’s latest album Stories for Monday tell the story of optimism and promise. But, it was only last year that The Summer Set nearly broke up ending their almost decade long career. “There was a lot of pressure for our fourth album and we always want to grow artistically,” says lead singer Brian Logan Dales. “We want to keep moving forward and never be satisfied.” The band consisting of Dales, Josh Montgomery, John Gomez, Stephen Gomez, and Jess Bowen were at a crossroads. After touring and playing for many years the gravity of having to follow up their successful previous album Legendary was evident.

When the time came to start writing the album the band were undecided on a “single” for radio play and therefore became uninterested in finishing or supporting the album. “We all decided that maybe it was time the band had run its course.” It wasn’t until The Summer Set had one of their own members Guitarist Josh Montgomery intervene that they decided they were not finished yet. “After we had finished recording the album Josh called us and said, don’t give up, we should be proud of the songs we have recorded.” That moment served as a catalyst for The Summer Set and they have not looked back since.

Songs for Monday is easily The Summer Set’s most mature and innovative album to date with the band employing many styles and genres effortlessly. Transition, uncertainty, nostalgia, change and growing up are all prevalent lyrical themes on the album. When asked what artists influenced the sound of the album he states, “Bruce ‘The Boss’ Springsteen, The Cars, Third Eye Blind, Jimmy Eat World, and Kanye West,” says Dale. The last artist should look slightly out of place, because it is. However, Brian sees no contradictions or inconsistencies when placing Kanye in with the rest of those artists. “Kanye changed the music game with his album 808’s & Heartbreak, and that same innovation is something we try to use with our band.”

The Summer Set have been together since 2007 so those years of touring together have helped shaped their live show experience into a well-oiled machine. Not to mention they come from a scene that prides itself on its energetic and unpredictable shows. When you have been a band for almost a decade it is easy to become complacent and comfortable with your own success. But, with Stories for Monday they have pushed the limits of their sound and story into exciting and uncharted waters. 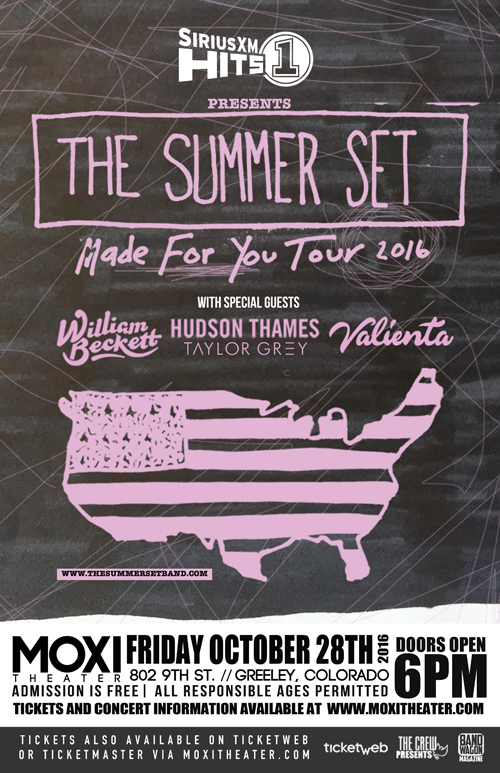 On October 28th, The Summer Set play the Moxi Theater as part of ‘The Made For You Tour’ which is inspired by the current election year. The concept of the unconventional tour is that fans vote and dictate what cities the band will play. The intention is to perform in the smaller markets where they would not normally tour through. “We are playing shows where we haven’t played yet so we picked 40 cities from a map and let our fans decide where to play.” When polling started for the tour over 20,000 people voted in the contest which consequently broke the Summer Set’s website. A testament to the band’s loyal and dedicated fan base.

A recent tweet from the band’s Twitter page reads “The Summer Set. Your little sister’s favorite band since 2007.” The perfect sentence to exhibit the band’s honesty, humbleness, and self-depreciating humor. The Summer Set’s story is far from over.