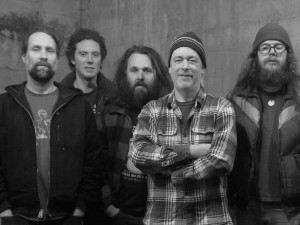 “When it comes to this career, I’m probably most proud of that name more than anything,” Doug Martsch says with a laugh. “It just rolls off the tongue.”

Martsch, the mastermind behind Boise, Idaho’s Built to Spill, has a few other things he can feel good about. In terms of his career, he’s attained longevity, something that can be quite elusive for a lot of bands. Twenty-two years in, Built to Spill boasts a catalog of eight studio albums, three live albums/compilations, five EPs and several singles. Built to Spill has also managed to cultivate a loyal relationship with major label Warner Bros. yet retain its independence.

After the dissolution of Martsch’s first band, Treepeople, he formed Built to Spill in 1992.  The band blends Martsch’s grungy guitar sounds with his unmistakably higher voice, one immediately recognizable. Built to Spill quickly signed with the Seattle-based independent label, Up Records, in the early ‘90s. Up Records, founded in 1994 by the late Chris Takino, then released Built to Spill’s sophomore album, There’s Nothing Wrong With Love to critical acclaim. However, their relationship was not meant to be. Built to Spill was offered a deal with Warner Brother Records and hopped on the opportunity. The rest is history. From 1997’s Perfect from Now On to 2015’s Untethered Moon, Warner Bros. has remained Built to Spill’s most loyal supporter. Not to say everybody was necessarily happy about the decision.

“I’m sure Chris [Takino] was a little bummed, but he was so supportive,” Martsch remembers. “When we recorded Perfect From Now On, I went and stayed with Chris. He came to the studio with us all the time, even helped out on some tracks. There’s a song where he runs the pedals on the whole thing. He was completely supportive. I imagine he was kind of bummed about it. I know he was bummed when Modest Mouse left, too. He turned me on to Modest Mouse. When he first heard their initial demos, he was in love with them and so was I before they even came out. So yeah, he was supportive, but not psyched to see two of his band’s leave.”

Although Martsch initially wanted to have a revolving door of musicians, eventually he solidified the Built to Spill lineup. There were several reasons he wanted to remain the core member, but came to the conclusion it wasn’t the smartest idea.

“I just came out of Treepeople and there’d been a lot of drama,” he explains. “Two of the guys were brothers. There was a little bit of extra drama I didn’t want to have in a band situation. I also wanted complete control over musical ideas and I was also a big David Bowie fan. I liked how he made alternate kinds of records. To make records that different, obviously you have to change up the personnel. That was my idea back in those days. I didn’t imagine I’d tour all the time. I imagined I wouldn’t tour hardly at all.”

Obviously, it doesn’t work that way in 2015. Record sales account for very little of an artist’s profits and touring is critical for survival. For a live band, he wanted to keep the same guys and keep getting better. Built to Spill is currently on tour in support of Untethered Moon, which was released in April. As usual, Martsch was praised for his consistently impressive guitar work, a style heavily influenced by ‘90s alt-rock god J. Mascis of Dinosaur Jr. Because of Built to Spill’s association with Seattle, they are routinely grouped in with the “Northwest sound,” which includes bands like Dinosaur Jr., Mudhoney and even Modest Mouse.  It’s safe to say, at this stage in the game, Built to Spill has carved out its niche. Martsch has also come to terms with his unique voice. He might not love it, but he’s comfortable with it.

“I’ve kind of just given up,” he admits. “I think for a long time, I wanted to mold it into something I liked. I think I just gave up and accepted it how it is. I struggled for a long time to leave it unique, but to also have a little more control over it and push it where I want it go. The uniqueness is whatever because I was born with it. Every once in awhile it will sound good to me. I’m still trying to figure out how to get into that zone because it’s not always there. The mechanics of singing are still kind of a mystery to me.”

He’s also had to learn how to stifle his inner critic. Earlier in his career, he thought being self-conscious was a good thing. Now in his 40s, things have changed, well, sort of.

“Unless you’re a full on raving narcissist, you’re going to be cutting yourself down constantly when you’re trying to work so you have to shut all that stuff out,” he says. “You should not be self-conscious. Everyone has an inner critic, but you should not have one when you’re creating. When you’re creating you just have to let yourself go and not be critical at all. You go back and look at it later. Actually, I don’t know [laughs]. I have no idea what I’m doing.” 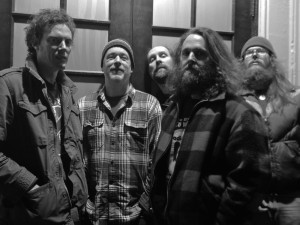