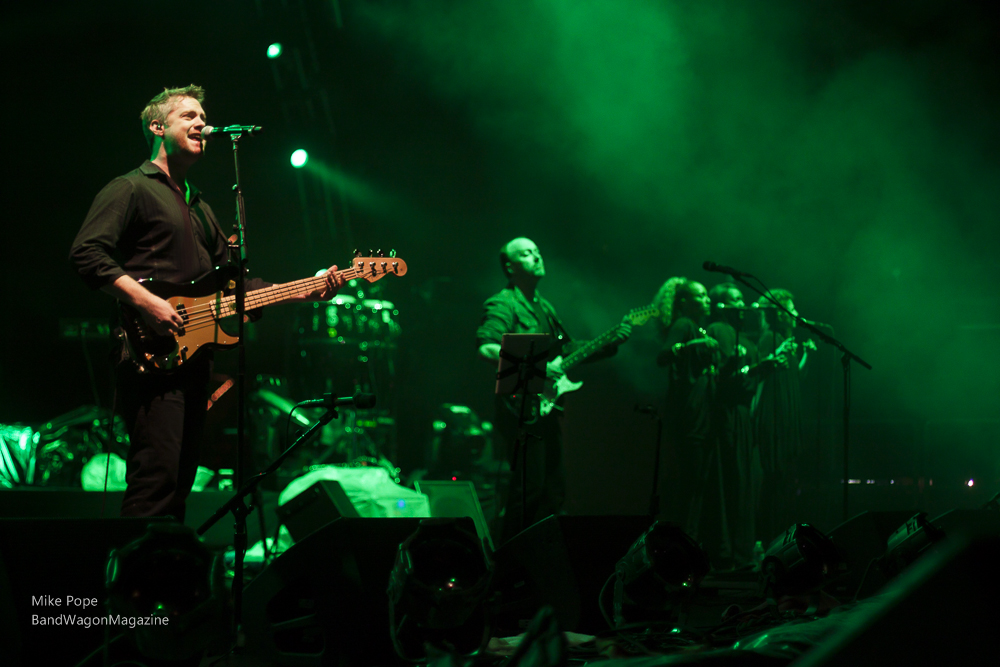 Editors Note: The rest of our photos from the show are now up and can be found here!

The sky was dark and the rain kept pouring down until the encore. That didn’t stop a sold out crowd of Pink Floyd fans from dancing and enjoying the psychedelic rock at the mesmerizing Red Rocks Amphitheater with Brit Floyd on their Space and Time world tour.

The amount of resemblance and perfection that this band puts into every performance to duplicate the complexity of sounds and visuals that Pink Floyd created will surely impress any music lover beyond their wildest dreams.

The show started with songs from The Dark Side of The Moon which set the mood to a chilling, spine-tingling beginning that kept you begging for more. They then went into multiple selections of songs from Floyd’s first album ever to their latest creation, The Endless River. Songs included a beautiful version of “See Emily Play”, a rocking “The Happiest Days of Our Lives” into “Another Brick In the Wall Part 2” which featured a local choir , Young Voices of Colorado. The first set then came to a close with a soulful, sexy saxophone driven, “Sheep.” The second set included, “Louder Than Words,” the only song featured on The Endless River with lyrics.

This was the very first time the song or any of the new Pink Floyd album was performed at Red Rocks. 2nd set also included a literally heart-pounding performance of “Set The Controls for the Heart of the Sun.” The second set ended with a crowd of tearful, heartfelt fans after the emotional performance of “Wish You Were Here” into “The Final Cut.”

The encore was more then just a song as normal, in fact it was an entire side to an album, “The Wall!” It started with, “The Show Must Go On,” all the way to the end of the album with, “Outside The Wall.” With almost a total of three complete sets of Pink Floyd music performed at the spiritual Red Rocks, the party seemed to never stop. Overall 4 out of 5 stars!

Encore: The Show Must Go On In the Flesh Run Like Hell Waiting for the Worms Stop The Trial Outside the Wall