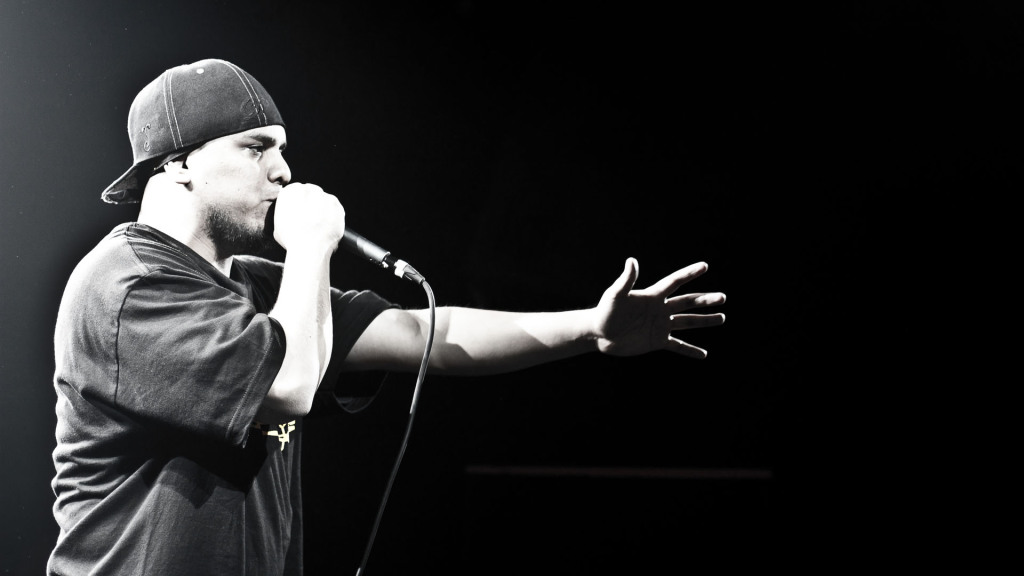 When Immortal Technique speaks, you listen. There’s no way to get around this. You sit in your chair and you listen because every word he says carries weight. Sometimes it’s almost too heavy and you want him to crack a smile, but he stays steadfast in what he’s saying. There’s no wavering from his agenda—an agenda that started in 2001 when he released his first album, Revolutionary Vol. 1 with his own money and pushed it down the throats of anyone who would listen. And again, they listened. Immortal Technique, born Felipe Andres Coronel, emigrated from Peru to Harlem in 1980. As a teenager, he often found himself in hot water with authorities, which led to a yearlong prison stint during college. After he was paroled, he took up political science at Baruch College in New York City and at the same time polished up his rapping skills. All of his hard work paid off and soon he was rubbing shoulders with pioneers of the genre, including Chuck D of Public Enemy, KRS One and Mos Def. Armed with messages of a political nature, his lyrics revolve around controversial issues surrounding global politics, although he believes the word ‘revolution’ is used too loosely these days.

“I think the word ‘revolution’ gets thrown out there too much when referring to me,” Tech says. “I want to remind people that before they think about picking up a weapon and the economy, they have to have a revolution of the mind. They have to confront the methodology of America, how colonization came to the Western Hemisphere and capitalism, because it’s definitely something that has failed, and recently. Democracy and capitalism are not synonymous. They have been at odds several times over the course of American development.”

Listening to Tech’s music is like getting a history lesson. Sometimes it’s brutal and sometimes it’s deep-rooted in metaphor. Either way, it’s not something you just throw on during a party. It takes thought. 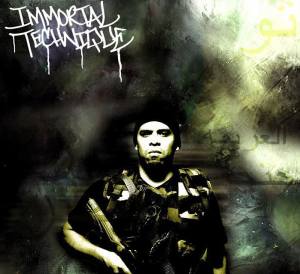 “For me, I always wanted my lyrics to be something that people could identify with, not just coming from the same walk of life that I did, but also coming from a completely different walk of life—someone who also never listened to hip-hop, for example,” he explains. “I wanted to make the message very clear, identifiable. Yeah, a lot of slang terminology is used, but I try to be as articulate, for a lack of a better word, and I just mean the enunciation of things; to make sure that people, even the decibels be raised a tiny bit on some of my vocals just so people don’t lose the message. Even then people fuck up a lyric or two. We’re playing telephone the way we always have.”

As Tech breaks down the The French Revolution, genocide, the Constitution, and The Civil War, the intensity in his voice becomes more apparent. As he speaks, his eyes pierce right through you, almost as if he’s trying to decide if you’re genuine or not. Initially, his manager gives you ten minutes with Tech. If he’s not feeling it, the interview is over. If he is, well, you get 45-minutes of the most interesting dialogue you can imagine outside of a college lecture hall.

“When it comes to the history of revolutions, the beautiful mind and the idealist will write the constitution of it, they will write the articles of freedom, they will envision and explain how we’re gonna get there, but they always need a brutal hand to wield the hammer that destroys whatever system was there before. We’re now in a position where we’re wondering when that hammer’s gonna come down. Are we gonna be in a position where we do all this collectively as a person, as a country or is it going to be an institution that comes to replace this corrupt institution? I mean, at that point, we have to realize that we’ve had revolutions in America before. We had the Civil War. I think that’s a perfect example. You had people that felt that they were oppressed, but then their idea of resolving oppression was saying that we’re gonna go to war so that we can continue to oppress these other people. Not all revolutions are done for completely wholesome and humanitarian reasons and I think that that’s the benchmark for them.”

In 2013, Tech embarked on the War and Peace Tour with Brother Ali, an artist who also shares a similar political mindset. There was a bigger issue at hand, however, and Tech addressed this, as well.

“The tour was about showing these larger venues could be packed out with an independent voice of hip-hop,” he says. “There are incredibly harsh things that Brother Ali and I rhyme about but it’s not gratuitous violence. It’s violence with a purpose. For example, if you want to oversimplify what I’ve been doing and say, ‘Immortal Technique made a song about rape,’ well, there’s a moral to the story. At the end of it, someone’s doing this to himself or herself. For example, if someone commits an act of savagery, they become the savage. Not the person who they’ve committed the act against. I think that goes with anything.

“If you enslave somebody, they’re not the savages; you’re the savage for enslaving them,” he continues. “If you rape a woman, she’s not the savage. You’re the savage. Unfortunately, in this society, in the legal system, a rape victim is actually the one that’s put on trial. A person who has had their entire life colonized is then held responsible for not knowing who they are or where they come from. I think it’s important to talk about war and peace in relation to the States because since the founding of the republic, also, we’re in a situation where we might involve ourselves in the third war now. Since the founding of this republic in 1776, we’ve only known 20 years of peace. We’ve been at war with Japan, Korea, Vietnam, Germany, Spain, and Panama. We went to war with Canada for God’s sake. How many fucking people can say they went to war with Canada?!”