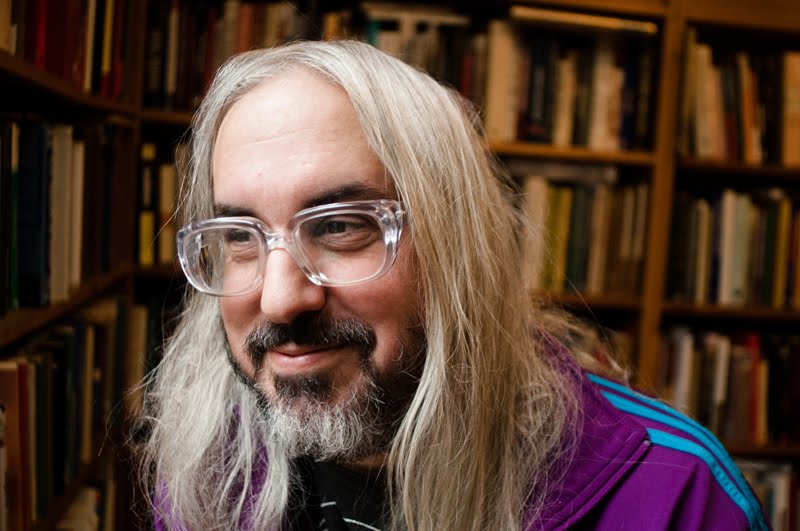 The second J Mascis got on the phone, everything I had read about him was verified to be true. He was a man of few words, spoke with a bit of irreverence in his voice and was very matter-of-fact, but in the best way possible. As front man of Dinosaur Jr. he’s earned the right to be a little nonchalant about these things. My introduction to Dinosaur Jr. began as a teenager when I heard 1991’s Green Mind. Growing up in Omaha, Nebraska, indie rock or “alternative rock” as it was called back then, was just beginning to inch its way into the Midwest from the “grunge capital” of Seattle and various West Coast music hubs. Although the group originated in Massachusetts, Dinosaur Jr.’s sophomore album, 1987’s You’re Living All Over Me had been released on SST Records, a fierce independent label based in Long Beach, California and home to Black Flag, Descendents and Sonic Youth. It was kind of the “it” label at the time. Mascis began carving out a niche for himself.

His dry wit and subtle sense of humor have carried his career from humble beginnings in the Boston area to his now god-like status as one of the best guitar players on the planet. He was ranked number 86 in Rolling Stone magazine’s list of the “100 Greatest Guitarists of All Time,” and in 2012, he was ranked 5th by Spin. It’s surprising because he initially started his musical career as a drummer.

“I picked up a guitar just to form another band,” he says. “I just didn’t like any of the guitar players around and I figured I could show somebody how to play drums adequately. It was just for the sake of making some new music.”

Immersed in the ‘80s Boston hardcore scene, Mascis naturally gravitated towards that type of music. His form of rebellion wasn’t doing drugs or drinking. He went the opposite way and was completely straight edge, but it’s nothing he pushes on people today.

“Oh, I don’t care what people do,” he says. “I came to that kind of conclusion on my own and to hear Minor Threat at the time, I could really relate to it more than junkie punk rockers. That was exactly how I was feeling at the time. I was sick of all the hippies and stuff.”

He is known to play a Fender Jazzmaster guitar and he didn’t hesitate talking about that, but in the most apathetic way, of course.

KE: Do you prefer Jazzmasters over anything else?

JM: That’s hard to say. It’s just because I learned how to play on it and I’m used to it. I don’t know if it’s the ultimate guitar or anything.

Did you know Sean Lennon plays the same one?

Oh yeah, I was actually talking to him about that before.

So I grew up on Fugazi, Sonic Youth, Mudhoney, and of course Dinosaur Jr. How important was Sonic Youth to your career path?

They had the bands we liked and our goal was to tour and stuff. We admired bands like Meat Puppets, Minutemen, Husker Du, and Black Flag, among a lot of others. SST seemed like the most awesome label you could be on.

Green Mind was your first major label record. What was that experience like?

I don’t have any contact with them. They just seem as alien as they used to. They just seem bizarre. I mean, I never ever thought about them when I was a kid or when I was in Dinosaur. It was just like all of a sudden they started being interested and you’re like, ‘well, maybe that would be good.’ It was more straightforward than what I was dealing with before. They paid me when they said they would and they didn’t interfere.

So you had a relatively good experience?

It seemed pretty good until they weren’t interested anymore. It was bad then. Then you move on. When I was on it, it was pretty good.

Mascis just released his sixth studio album, Tied To A Star, which is on the Seattle-based label, Sub Pop. Although he prefers playing with a band ultimately, you would never know it by the sound of the new album. It bursts with his signature melancholy touch and impeccable guitar playing you’d come to expect from him.

KE: I think the new album is really good.

Where do you draw inspiration from in terms of lyrics?

From the same old, basic dissatisfaction with things and wanting to try to relate to people somehow.

Relate to your music?

All of these music journalists kept saying how impossible it was to talk to you. Why do you think you’ve earned that reputation?

I agree with you there, too. The older I get, the less tolerant I am. Describe your perfect day.

I don’t know because it comes and goes; these moments where you’re like this is an awesome day or something. I can’t really say it’s what I would be doing when that feeling comes.

Does it happen in the studio?

I read you used to have these studios you‘d have to pay $1000 an hour for in New York City and eventually you couldn’t focus on anything but that. Is that why you prefer your home studio?

It’s just different. I didn’t even think I’d have a studio. It’s just that one day, like you said, I started fixating on this thought and I was staring out of the window just thinking how much money it’s costing to stare out the window. From then on, I just had to do something else. Until then, I liked studios.

Before I let you go, you were almost sued for going by your original name, Dinosaur, because of another group called The Dinosaurs. Wasn’t the “The” and “s” a big enough difference?