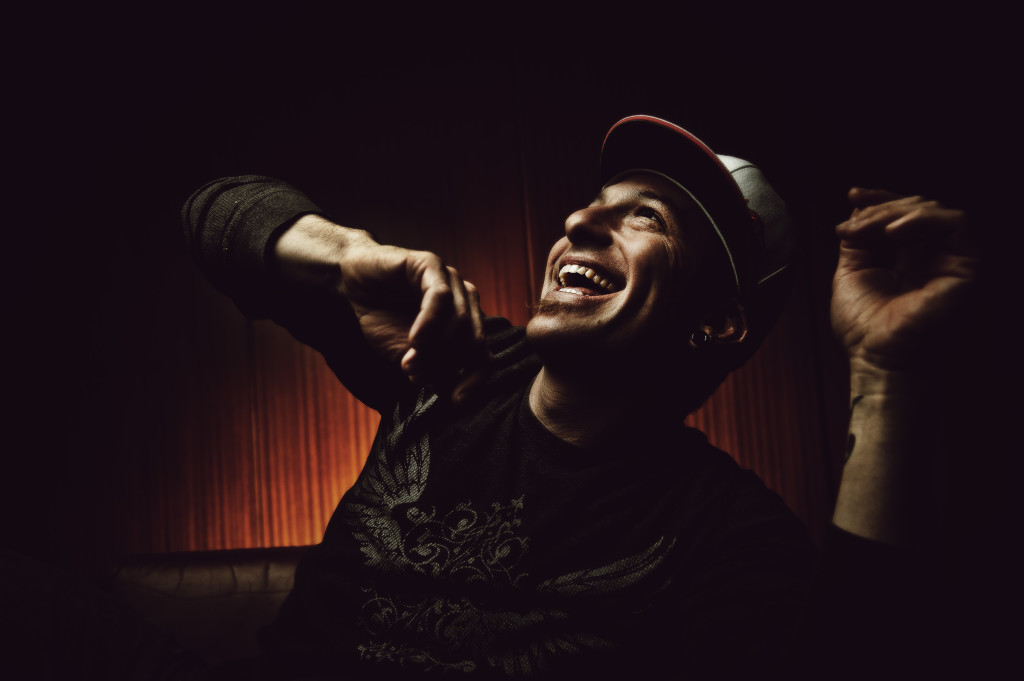 Considering the music Aaron Holstein makes, you’d never guess the man behind VibeSquaD is a trained multi-instrumentalist with a background in jazz. The talented Colorado-based music producer emits sounds that can make your ears bleed with its pounding bass, swirling synthesizers and relentless energy—just don’t call it dubstep. His infusions of funk, hip-hop and other polyrhythmic textures into his electronic concoctions defy categorization. Combined with his eccentric stage persona, Holstein is in a world of his own.

“I’ve been making music for a long time and I started off playing guitar, bass and keyboards,” Holstein says. “I was on the road for about 15 years. I ended up producing electronic music basically around 2000. I had made some hip-hop on the MPC60 and a little bit earlier than that. That was just a hobby while I was playing guitar. Then when I got into producing music with computers in about 2000. I got really into it. I bring a really original approach at making really funky music that makes you feel good.”

After being on the Denver scene for more than a decade as a member of Future Jazz Project, Zilla and Sporque, Holstein’s profile has been on 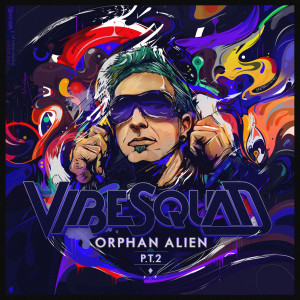 a steady rise. In 2012, Holstein had the opportunity to tour with longtime friend Lorin Ashton, better known by his stage name, Bassnectar.

“We did a lot of shows in a row,” he says. “I think we did 26, including Red Rocks. It was really fun for me to get to play to a crowd of that size every night and learn how to be a really good direct support act for Lorin and would set him up in a good way, but also not make what I was doing non-existent. It was cool. It was a lot of living on a tour bus with 12 people. I’m not a big fan of doing long tours with lots of people, but I had a good time.”

At this point, the majority of the population has been exposed to EDM (Electronic Dance Music), almost to a fault. It’s featured in Taco Bell commercials and countless other ad campaigns. The hip-hop/electronic music crossover is complete. Rappers Kanye West and Jay Z used a Flux Pavilion beat on their albums, which is heavily EDM-influenced. What most people don’t realize is dubstep began in London around 1988 and only over the past several years did it become extremely popular in the States.

“It happens a lot in different music genres,” he says. “All of a sudden they become a fad in their popularity. I got really excited about dubstep when I heard it six or seven years ago. It influenced me. I wasn’t going to devote my whole sound to following a style that other people were making so I just sort of took what I liked from it and kept doing the stuff I do. It’s a much different tempo. I play in the mid-tempo, funk and hip-hop tempos. I think it’s really fun music, but it’s really popular on a fad type level and that always ebbs and flows with the times.

“I feel like nobody is talking about dubstep anymore,” he adds. “A lot of people are doing ravey, EDM, part-trap, part-house, post-dubstep and hip-hop vocals, all of which I don’t do any of. I don’t feel like I’m the ambassador of dubstep or trap or any of that. It’s a mixed up style I made up myself.”

With so many different genres, sub-genres and sub-sub genres of music, it can be difficult to filter the seemingly endless sea of music. There’s only one term Holstein is ok with when it comes to describing his music.

“I guess I’m comfortable with bass music,” he confesses. “It’s a really general term so someone can understand what I do. I realize describing it helps people sift through the many, many choices and find what they want. It always feels really silly to rattle off, ‘oh it’s funky and bassy, etc.’ At some point, it feels like a fake way to describe it. I’ve been experimenting with music my whole life and I really like the backbeat. That’s the thread, but as far as other influences in my style, they’re really mixed up.”

Hip-hop is very important to Holstein’s craft, in addition to the other genres injected into his music. When he was first exposed to dubstep and other types of electronic music, it was brimming with elements of dub and reggae roots with hard, unrelenting beats. It had that electronic element of wobbling bass, but it was really based in reggae music. Then it kind of morphed again.

“I grew up on hip-hop,” he says. “I used to break dance and buy records all the time. I really paid attention. I’m in my 40s so when I was young and getting into hip-hop, that was the first time we could get our hands on it. Those early Def Jam Records like Run-DMC and stuff like that was it. We went and got those when they came out because they were sitting right next to the rock records we were listening to. License To Ill—all those original tapes when it was really exciting were a big deal. I had “Rapper’s Delight” on a 45“, not the 12“, that one had some dirty words. I saw the Beastie Boys’ License To Ill tour and it changed my life. Hip-hop is definitely important to me. Funk is super important to me, as well. Before hip-hop, I listened to a whole bunch of George Clinton derived funk music religiously and Frank Zappa, too [laughs]. He was so dialed into music. He was so disciplined and funny at the same time. He could make this body of work that could make sense to all the crazy people.” 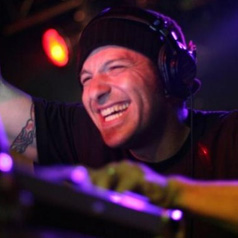 His latest effort, 2012’s Orphan Alien Pt. 2, definitely gets weird with the adrenaline-pumping track “Burn Rubber (I’m a Wreck),” which is a synth-smacking bass anthem featuring Izza Kizza spitting lyrics over Holstein’s infectious soundscapes. It confirms the hip-hop/electronic music crossover is the norm these days. The internet has, of course, aided in Holstein’s steady rise to notoriety. The tour with Bassnectar also helped get his name out there. However, VibeSquaD’s music is contagious on its own and speaks for itself—loudly.

“The internet has made it so we can all get this new information right away,” he says. “There’s so much mediocre stuff on the internet so when there’s some music that somebody’s thrilled about and raving about it, other people click on it to check it out. I think the speed to which people can find out about a song for instance is pretty instantaneous. Just Twitter all your friends to go check out this one track and everybody starts waving their baseball hats to that track. That’s what it’s like now. I think just as many cool things will breeze through. It’s all sort of becoming a larger genre of electronic dance music because there’s a lot of stuff on a lot of levels that people are getting enthusiastic about.”

As much as kids are gravitating towards this type of music and enjoying the massive parties that normally coincide with it, there is a dark side. At Maryland’s Mad Decent Block Party this August, two young people died of overdose deaths while several others have perished over the years at the Electronic Daisy Festival, most recently in July 2014. Sadly, drugs and EDM go hand in hand. Holstein tries to have a level head about it all. As a father, he’s even more aware of it today.

“I really hope everyone is taking care of themselves and know what they’re doing to themselves,” he says. “Kids should try to have some safe fun on whatever level that means to them and their friends. I try not to judge people, but at the same time I certainly don’t want to see somebody out of control and hurting themselves to have fun at one of my shows. My whole point is to make this music and be a positive vibration. Not to sound corny, but I want it to be an uplifting thing so it’s creating some peace and love- not actually creating harm. I don’t ever want to be the guy who has an attitude about partying because everyone should just be responsible.

“I think a lot of my audience in the States are fans of the jam band scene, which is where they might have first experimented with those things,” he continues. “A lot of the electronic parties have evolved out of after parties for a lot of these big jam band concerts. That’s part of the culture. There’s a whole sea of people merging with other scenes. When dancing all night is involved, people are going to do that in the way they’re going to do that. I would like to see people with a vibe of knowing they should have fun with that, but be responsible and healthy. There’s a balance. When I was experimenting, my whole point was to learn something. I’m lucky I had a positive experience.”