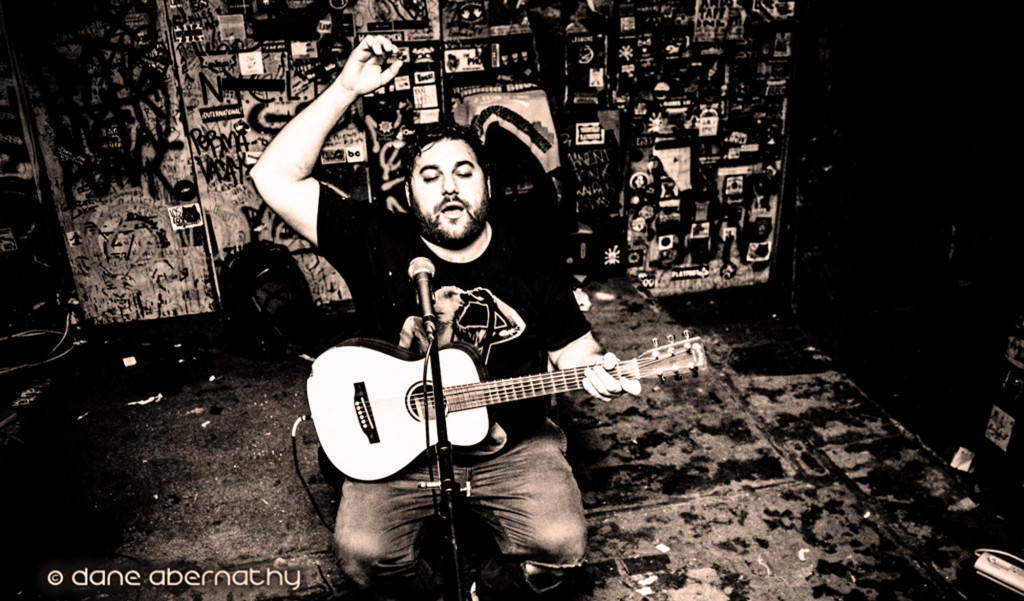 Fake Four, Inc., a small independent record label in New Haven, Connecticut, has far surpassed the expectations of its founders, brothers Ceschi and David Ramos. Established in 2008, it was born out of a mutual passion for music and grown by the love and support of its fans. As Fake Four was gathering momentum, putting out album after album and touring the world, Ceschi Ramos found himself in a terrible predicament, one even Hollywood couldn’t make up.

On September 4, 2013, Ceschi Ramos started an 18-month prison sentence stemming from a controversial marijuana charge. David Ramos, who consequently took charge of the record label, described the situation: “After our family was threatened and Ceschi was forced to give a coached statement to police in 2010, he ended up going to court for years. In the end, he has taken a reasonable plea bargain compared to the 5-7 years he was facing.” The stability of Fake Four was threatened by Ceschi’s situation and the exorbitant amount of debt that had been accumulated due to legal fees so they started an Indiegogo campaign. The inordinate amount of support was nothing less than incredible. It helped Fake Four stay afloat while Ceschi was away. Fortunately, he was released shortly before Christmas, but he was a changed man. In some ways, it was a humbling experience, but in others, it was the most devastating thing he’s ever gone through.

Nonetheless, he came back to a label still brimming with hope and an endless amount of people who support him. Currently, Fake Four boasts a colorful roster consisting of artists like Awol One (The Shapeshifters), Myka 9 (Freestyle Fellowship), Astronautalis, Sole and the Skyrider Band, Grayskul, and of course David and Ceschi Ramos. 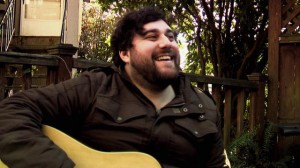 BW: Your absence was obviously felt by not only me, but also a lot of people in the music community. How did it feel to have so much outside support?

Ceschi Ramos: It was unbelievable, really. I could have never guessed that so many people would care so much. Fake Four is a small independent label operating in a post-label era. We’re mainly about building a community and I was always aware that a small community existed, but I honestly didn’t think it had that much reach. When I first put up the Indiegogo campaign to try and save the label, it was nerve wracking for me. It’s just not the type of thing I would normally do, but it was a completely necessary last resort. It went far beyond my expectations though. The letters and books I received from supporters and friends were amazing, as well. It just felt good to know that I made an impact on a community like that.

When this whole situation went down, what was the scariest part for you?

Aside from having 10 guns pointed at my head and having my mother, brother and 98-year-old grandfather threatened by aggressive asshole cops, the scariest or most difficult part for me was having to leave my life behind. I have a lot of responsibilities out here in the regular world and it was just really stressful having to prepare to leave that behind me. My grandfather is 101-years-old now and my brother does an incredible job helping him out every day, but it really scared me to leave him behind for that time. Also, my girlfriend Amber moved from Texas to be with me and doesn’t have many people aside from me here in Connecticut, it upset me that she’d have to be without me for so long. The actual part of going to prison didn’t bother me all that much. I’m pretty accustomed to inconvenient living situations.

How was Fake Four, Inc. able to function without you?

Fake Four has a small core group of workers. Jeep Ward is our acting label manager, Tom Filepp handles our web site, Dave Mails does our shipping.  When I left, my brother David ended up taking on a bulk of my label responsibilities and spearheaded our Indiegogo campaign. Financially we wouldn’t have been able to continue without the Indiegogo campaign – that’s the only reason we were able to release albums by Grayskul, Blue Sky Black Death and Louis Logic in 2013. By the time I got out of prison, that money was mostly all spent BUT we had survived.

How did that experience change you?

Prison definitely changed me. There’s just something about having all of that time to think alone in an uncomfortable living situation surrounded by strangers. There’s a level of respect that you learn by living in a place like that. You have to respect one another to survive. People who lack respect get checked. I also think that the experience helped me realize what was important to me. When you’re locked up, you’re not worried about the petty bullshit of social media or even a career, you’re just wondering when you’ll speak to your loved ones again and have a decent meal. It humbles a person for sure. Another major change is that it helped me focus on my own health and well being more than I ever have.

What was the first thing you did when you were given your freedom back?

Unfortunately, the first thing I did was go to the hospital. My Grandfather had been brought to the E.R. for something that ended up not being serious. I burst into tears when I saw him. Then I walked outside and ran up and down the stairs like Rocky or something. It felt stupid as hell, but it was my first taste of freedom.

At this point, do you want to forget about it and move forward? What does moving forward look like at the moment?

When I first got out of prison there were intense moments of anxiety, depression, and paranoia. Apparently, that’s pretty common for people who serve time. I was convinced that everybody in public was constantly staring at me, that cops were after me (that may still be true) and that I was useless to the world.  A counselor told me those were symptoms of PTSD. I’m happy to say that months have passed since I’ve felt that way.

As much as I want my life to move forward, I’m trying really hard not to forget what I learned in that place. I’m constantly checking myself when I start to feel like I’m falling back into the chaos of my old ways. It’s a struggle really. All I want to do is be a working musician – not critically acclaimed or buzz worthy or even all that popular. I just want to tour and make music that my small community loves and that I can be proud of. I’d like to continue to run a label that can survive and be respected. Most importantly, I want to be around my loved ones – dogs included.

Has Fake Four signed anyone new to the label? Why did they seem like a good fit and what do you look for when bringing someone new on?

Two of the newer acts we signed in 2013 were Sister Crayon and Moodie Black.  They are both groups that make unique hip-hop influenced music that is not necessarily hip-hop at all. They are both hard working groups who tour a lot and care an awful lot about what they do. Those are some of the main things we look for in an artist: a unique sound that fits well within our catalog & hard work ethic.  In 2014, it’s not possible for a small label like ours to push an artist that isn’t willing to push themselves. We’ve had instances where we’ve taken chances on artists who just don’t seem to do anything for their own careers. They just expect us to do all of the work to make them famous or something. That just doesn’t happen. Even though Fake Four has developed a sort of built in fan base of supporters, we don’t have the resources or industry power to just miraculously make a new artist into an indie superstar. When we release a project, it is more like a team effort with the artist, we all want people to hear these records so we all work together to tell people about it. 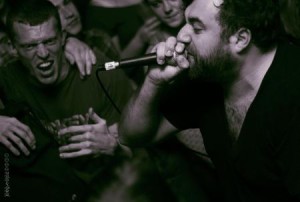 Are you working on new music right now?

Yes. I’m in the process of finishing a new album produced by Factor. I’ve also got my hands in a couple of other projects – an acoustic split 12″ with Pat The Bunny of Ramshackle Glory and another album/collection of songs with DJ Scientist.

What are your hopes for Fake Four’s future?

My hopes for Fake Four are simple: we just want to be a self-sustaining label that stays true to our aesthetic values and philosophy. In the future, I see the label slimming down its roster and just focusing a lot more on less projects and artists. It’s been a wild ride so far, but it would be smarter for us to do less and focus on it more. Hopefully our fans will continue to have faith in what we release.

What did you miss about playing live and how does it help you deal with difficult things you go through?

I missed it a lot. Playing live is my ultimate high, my most important form of release. The first time I performed again after prison was at a tiny secret house party thing. I was just overflowing with adrenaline, playing around 20 friends or so.  Performing keeps me sane and it also helps me connect with people on a primal level. I can’t really analyze it well, but I know that I make these songs to be expressed in this format.

What can Greeley expect from this live show?

I’ll be doing a solo performance with guitar and beats, some newer material and a hodge podge of stuff from my albums The One Man Band Broke Up and They Hate Francisco False. Moodie Black will also be playing. They’re a super intense full band that does something in between noise rap and atmospheric post-rock. I’ll be performing a song with them, as well.