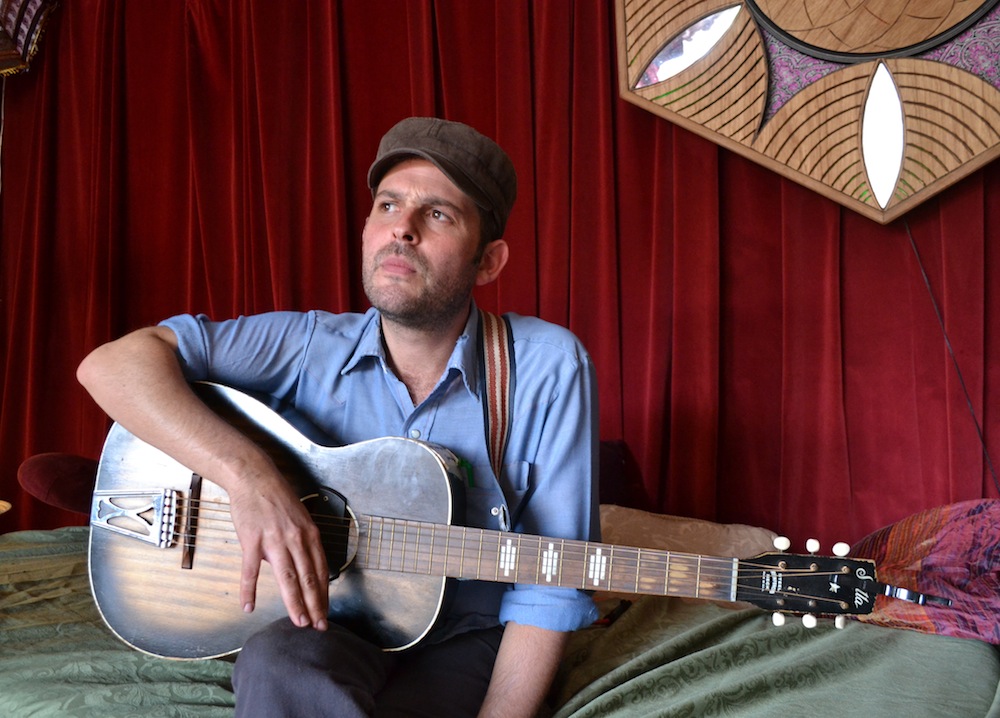 Gregory Alan Isakov began his career as a musician much like many other singer songwriters by playing open mic nights. “I was always really shy about playing out. So it was a slow burn for me.” Born in Johannesburg, South Africa but settled in Boulder, Colorado, this former horticulturalist has been building his presence in the blossoming national folk scene for years, and the release of his latest album, Weatherman, has anchored him there. Now on his nation-wide tour to support the record, the BandWagon sat down with him before his main stage performance at ARISE.

Gregory Alan Isakov’s songs dance around the edge of modern folk music and he plays by an old set of rules. Not only was Weatherman the product of abandoning a previous album, but it was also produced on analogue recording equipment from a cabin in Nederland, Colorado. His sounds as rich as they are simple, rooted in the patchwork of the hills of that state. “I used to think that the more I wrote songs, the better I was going to get at it. But that’s not really my experience. It really hasn’t been evolutionary like that. The good ones are always the easy ones.”

Having just played a series of sold-out shows on the east coast, Isakov found the experience to be humbling and profound. “I remember walking out on stage and thinking, ‘Really? We get to do this?’ I’m amazed by it all the time.”

One event in particular that Isakov has found surreal is his November 8th show with the Colorado Symphony. Helping him to score the songs are members of Denver band Devotchka. “You know when your friends get married and they send out invitations? That’s kind of my level. I kind of want to get invitations. I want all my weird cousins from wherever they live to come in,” he says with a laugh.

Isakov’s transition into a full time music career from a horticulturalist was a gradual experience. After he started playing more shows, he would spend his winters touring and his summers working on a farm in Lyons, Colorado. “I miss the work, I still do some horticulture stuff, but it’s nice to not have to right now because we’re so busy with the band. But it has a nice balance to it for me.”