There’s only one thing more disgusting than the music industry and that is the night when the entire train wreck comes together to stroke itself off, congratulating itself for exceeding previous mediocrity. With beers in hand, my girlfriend, Kaitlin (screamo expert and cat enthusiast), my roommate, Mac (scientist and arbiter of absurdism), and myself are going to escort you through the shit and piss storm that was the 55th Grammy Awards Ceremony. God help us all.

Right off, Rihanna gets an award over Foster The People and Woodkid. “Rihanna is not here, we accept this on her behalf.” There should be some Chris Brown reference here, but I don’t care.

“Who the fuck is Woody Guthrie?” Mac says as the award is given to the only artist in the Boxed or Special Limited Edition Package category I didn’t recognize, beating out The Rolling Stones, Trent Reznor, and Paul McCartney. And then “The Goat Rodeo Sessions” take an award (Yo-Yo Ma, mad respect). God, I’m drunk already.

“Promises” remixed by Skrillex wins and a blonde Jesus accepts the award. Fart noise. Now there’s a group of old people and they’re blathering about the transition from mono to stereo. Apparently there’s a category for best surround sound album? Jesus. I’d almost rather be bitching about Justin Beiber being a smarmy little twat. Yawn.

“You should write that down, ‘James is explaining that James is being farcical with this by now,’ says Mac,” says Mac. We’re watching The Grammys live on their website, and so we’ve been forced to talk shit about obscure artists we know nothing about to prove a point that these awards only acknowledge artists who have long since sold out to the mainstream. The irony is toxic, but at least it’s commercial-free.

We have surmised that the list of nominees for the Gospel Song category sounds a bit less like Jesus and a bit more like a film potentially called “A Hooker and Me” starring a methed-out Danny Devito: “Go Get It,” “Hold On,” “I Feel Good,” “My Testimony” (more like My Testi-Moany), and the climax: “Released.” 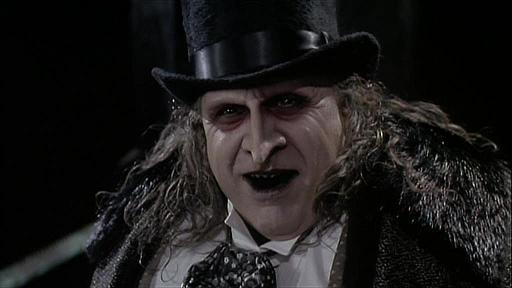 For the Latin Pop Album I don’t win (Juanes, sponsored by MTV, does of course), so it doesn’t matter… let’s move on. Lila Downs is on shrooms, talking about being fed through her “bellybutton of wisdom.” We are knuckle-deep in some Latin awards, and despite my best efforts and genetic dispositions, I cannot understand a thing they are saying. ¡Viva los pescados!

The Eighth Blackbird sextet performance is really fantastic (they go on to win an award, and good for them, they are truly worthy). Fuck Jack White, this is where it’s at. And then David Alen Grier completely shits on it with a bad Beatles reference. Thank you for restoring my rage. Dick. (Just kidding, Jumanji was awesome.)

Now a bunch of German and Dutch orchestral and operatic shit. Jesus… I know nothing about music… Here’s the irony: I was prepared to talk many shits about artists I’ve grown to dislike due to radio hype, MTV, Rolling Stone, and VH1… but now I feel like a dick, because I’ve lowered myself to making fun of composers and songwriters who are probably very talented. But when it comes down to it, these people are probably sell-outs too, just in a more obscure category. Let’s face it. Let the hate continue!

7/10 [editor’s note: not a real statistic] of the composers for the classical portion of the show were not at the show to accept their awards. What could this mean? Probably that the rest of the world knows The Grammys are a joke. Also the winner of the Contemporary Classical Composition category was Stephen Hartke for, and get this, “Meanwhile – Incidental Music To Imaginary Puppet Plays.” Mind blown.

At this point this is what’s happening: we are realizing, after sifting through media summaries of Grammys (btw The Okee Dokee Brothers just won with “Can You Canoe?” and accepted with bow-ties, classy as shit) that the problem is not necessarily the recognition of “good music,” but that we, the average Americans, and our masturbatory desires for 14 year old (androgynous) pop musicians, have become so enthralled in our hatred or defense of humanoids manufactured by music labels and Disney CEOs who don’t know Maroon 5 from Sum 41 that we are splooging in our own faces. Just like politics: in the end, we’re to blame for putting these reptilians in power.

ELECTRONIC MUSIC! Hurray, the moment none of us were waiting for: bowing down to Skrillex. But luckily Trent Reznor/Atticus Ross nab one for the Girl With The Dragon Tattoo soundtrack. Best Song Written For Visual Media nominees include: Jason Segel, Mumford and Sons, and Arcade Fire… who were all beaten out by Taylor Swift. And there it is.

At this point Dan Auerbach introduces Dr. John to the stage… and none of us… know what the fuck… 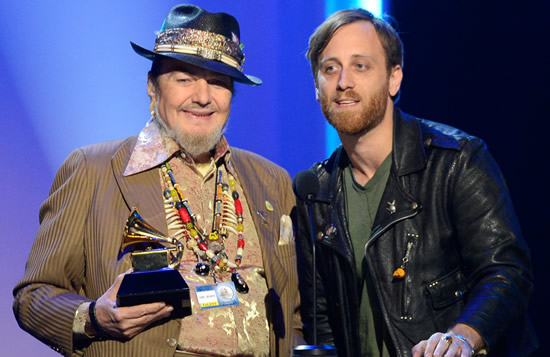 I think here is where the majority of America probably tuned into this pubic hair ingestion party: “Niggas in Paris” by Jay-Z and Kanye West wins… twice. And Best Rap Album: Drake. “I can say my name. I can say my name. Ova and ova,” I say in parody.

Usher wins with “Climax.” Of course. Beyonce with some other bullshit, of course. “It’s funny, you can sit through hours and hours of this shit, and it doesn’t get aggravating until now,” says Kaitlin.

And then R. Kelly wins it all with “Tom Cruise Won’t Come Out Of the Closet.” [Editor’s note: this is not a real song.] Best Dance Recording: Skrillex… again… and he brings his entire circle-jerk crew…

In the Hard Rock/Metal category there is Lamb Of God, Iron Maiden, and Megadeth next to Marilyn Manson, and the winner… Halestorm. I’m sorry, but what planet are we on here? In what existence are you allowed to list those artists together and call it metal?

Black Keys beat out Jack White, Muse, Mumford and Sons and Bruce Springsteen for Best Rock Song. Congrats, vaguely alternative rock bands! And then Black Keys wins Best Rock Album. (You know, I really do like them, but seriously, we’re all sick of this gross popularity contest.)

Gotye wins with “Making Mirrors.” Did anyone bother to listen to the other songs on the album? Because they were all better than “That Thing You Used To Do.” [Editor’s note: the song is called “Someone That I Used To Know” and the author has confused this with the film and song “That Thing You Do.”] Radio stations from 2012 want their songs back, people.

I hate myself. I hate everything. Music is dead. MTV is to blame. And so are the Nazis. Woodrow Wilson, I’d like to thank you for your contributions in the destruction of sonic vibrations and making drugs a huge bummer for everyone. The A-Bomb for bringing a potential solution to our woes as a society. And Deschutes’ Hop Henge experimental IPA, for bringing me to this state of sweet, sweet inebriation.