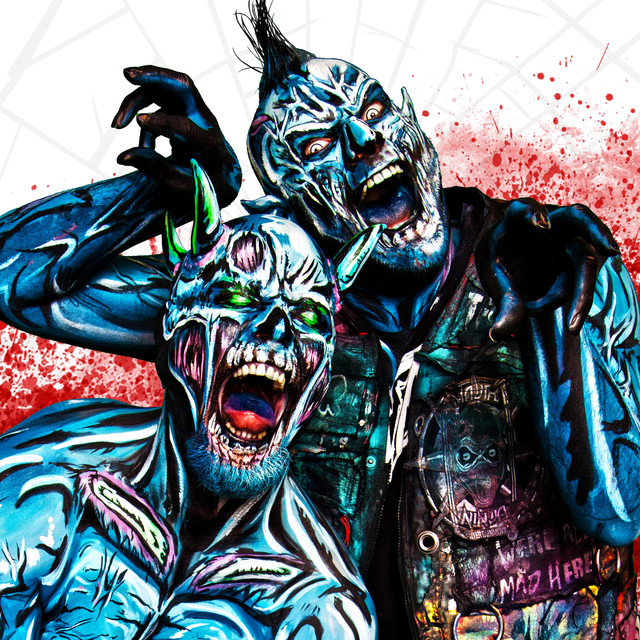 Still riding high from his performance in Baltimore the night before, Twiztid MC Monoxide Child (real name Paul Methric) is admittedly anxious about the second show. The Detroit native was pleasantly surprised by how well the first show of The Psychomania Tour went despite the group adding several new tracks to the set list.

“Last night was the best first night of my career,” Methric says. “Our first nights are usually a little rusty at times, especially when we’re working new songs. You can rehearse them as many times as you want, but when you’re in front of 700 people, it’s different. Your breathing is different and the way you annunciate things are different, so we were kind of nerve wracked by that because we added 6 new songs to the set, but we nailed it. I was very proud of us. Now I’m dreading the second show [laughs].”

From the outside looking in, it’s almost a ridiculous notion. After all, Twiztid has one of the most insanely loyal fan bases in the world (read: juggalos).

When Twiztid drops an album, video, single, or shows up to rock a stage, a sea of “horrorcore” enthusiasts come out in droves it to show their unwavering support. It’s carried the duo – Monoxide and Jamie Madrox – from struggling artists to an internationally recognized entity.

“There’s no other fan base like it,” he says. “But we wanna show that we are a lot more than what the rap world really thinks we are. A lot of the world sees the makeup and they’re like, ‘Oh they’re just like ICP.’”

Since signing with the Insane Clown Posse’s label, Psychopathic Records, in the late 90s, Twiztid has been inextricably tied to their fellow Detroit-based juggalo group. But after their split from the label in 2012, it’s a link they’ve been trying to break.

“We’re different,” he says. “We’re in the fruit basket, but there’s pineapples, there’s oranges, there’s apples – and then there’s us.”

Considering both groups wear clown make up and flex their theatrical personas with nearly everything they do, it’s going to be difficult for them to completely disassociate. Methric and Madrox are seemingly well aware of the uphill battle they face.

“I just believe that the wrong people are being pushed to portray our genre,” he says. “That’s what I honestly, wholeheartedly believe. If we could be moved to the forefront of that a little bit more, I think we could get more people on board with what we’re trying to do. We’re trying to reface this thing.”

In 2014, Twiztid announced its own independent imprint, Majik Ninja Entertainment, which now boasts a healthy roster, including Blaze Ya Dead Homie, The R.O.C., Lex “The Hex” Master, G-Mo Skee ,Boondox, Young Wicked, and of course, Twiztid.

The duo released its 11th studio album, The Continuous Evilution Of Life’s ?’s, dropped in January 2017. Although the cover art continues the clown theme, Methric believes the costumes deter people from truly understanding who they are and what they want to accomplish.

“I wouldn’t say it bothers me, but maybe it disappoints me because we know what we bring to the table, and we know it’s worthy,” he says. “People don’t even hear it because of the way it looks or hear anything we have to say because of the makeup. You can either accept what we’re doing and get on board, or just keep doing you ‘cuz we’re going to keep doing us.”